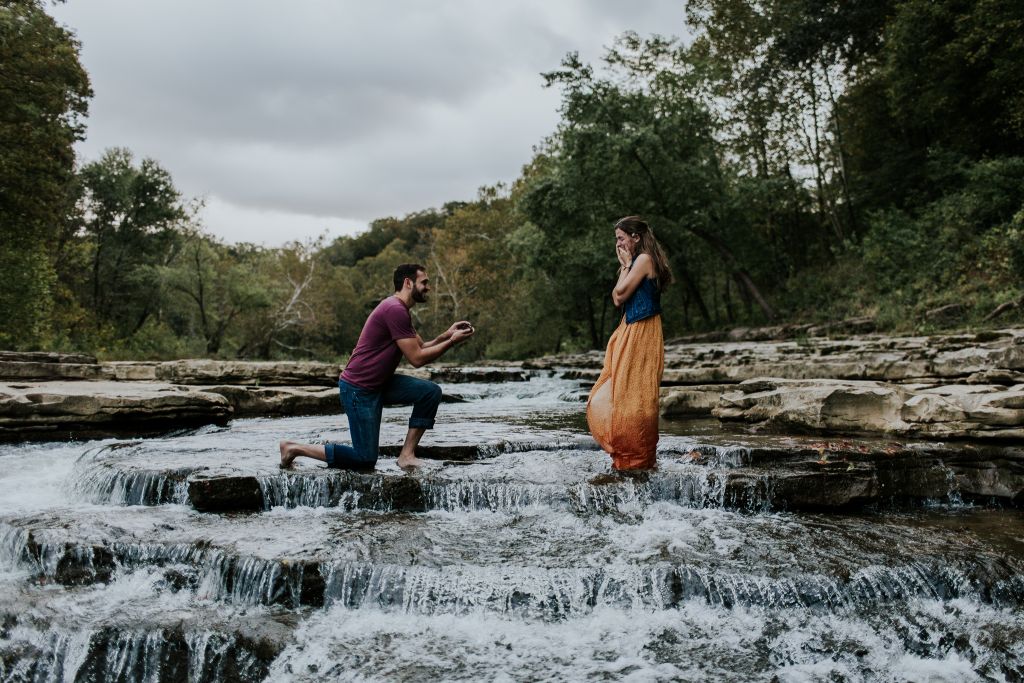 Onna and Austin have known each other their entire lives. At four years old, Onna proudly declared that someday she would marry Austin. “Every single person in my family, and his, remembers this moment,” she says. They grew up closely involved in one another’s lives, and after attending different colleges, both returned home. It was then that their friendship blossomed, transforming into a beautiful relationship. One year later, their friend, photographer Emily Hary, posted on social media that she was organizing a few sessions to keep her creative skills sharp and was in search of adventurous couples to take part.

“I took on two pairs of couples, one being Austin and Onna,” Emily says. “After a few days, I thought I should reach out to Austin, because [I thought this would] be a great set up [if] he was planning a proposal. Good thing I did, because he was waiting on the ring to come in! We chatted off and on, and made it into a camping trip to cover for the actual plan. We managed to all keep it a secret from Onna, and she had no idea it was coming even on the day! It was GLORIOUS.” The day of the proposal, the couple joined Emily and her husband, Jim, for a hike around Cataract Falls, the engagement ring safely hidden in Jim’s backpack. When the moment was right, Emily placed her models back-to-back, spending extra time “arranging” Onna while Austin retrieved the ring. Emily then instructed Onna to turn around, perfectly positioning herself to capture the incredible joy that followed. “It was so special, exciting, and nerve-racking all at the same time,” she recalls. “I’m so honored to have been a part of planning this and documenting it.” 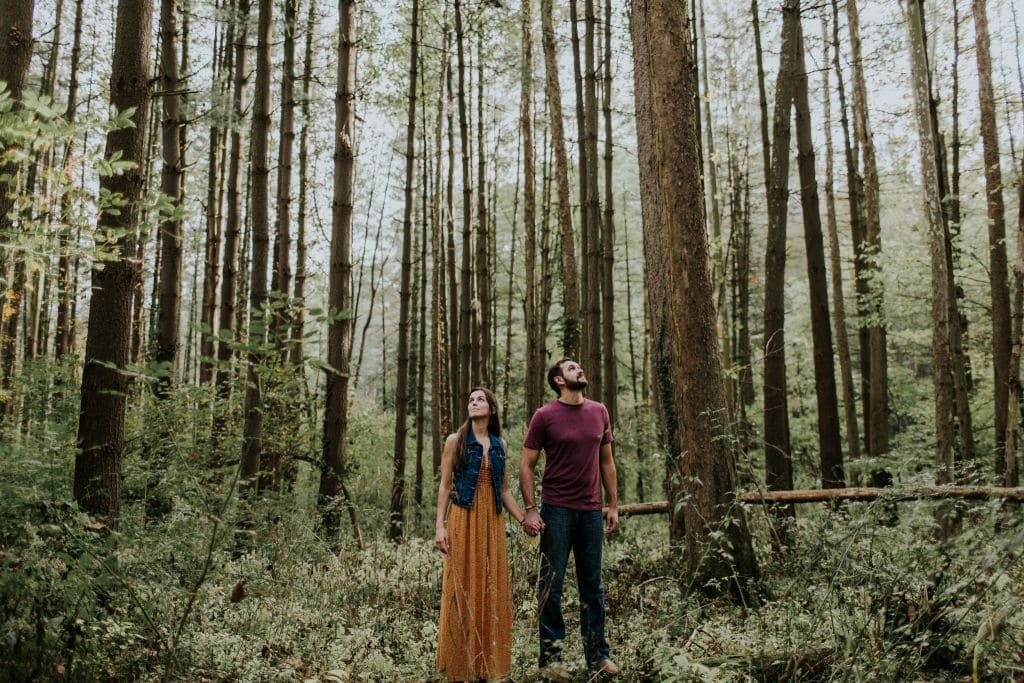 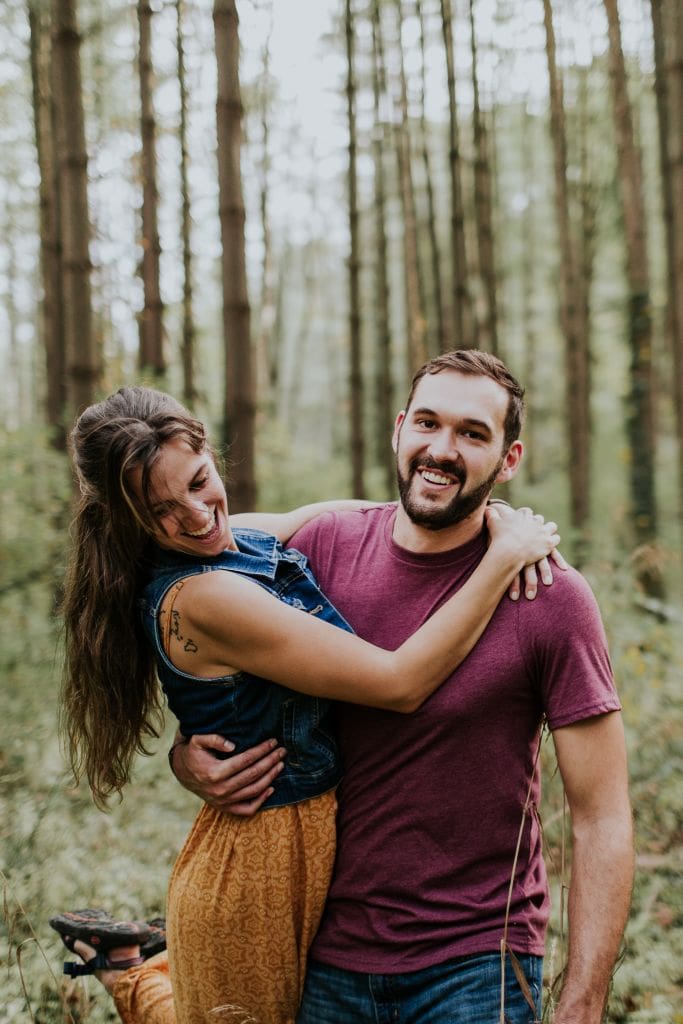 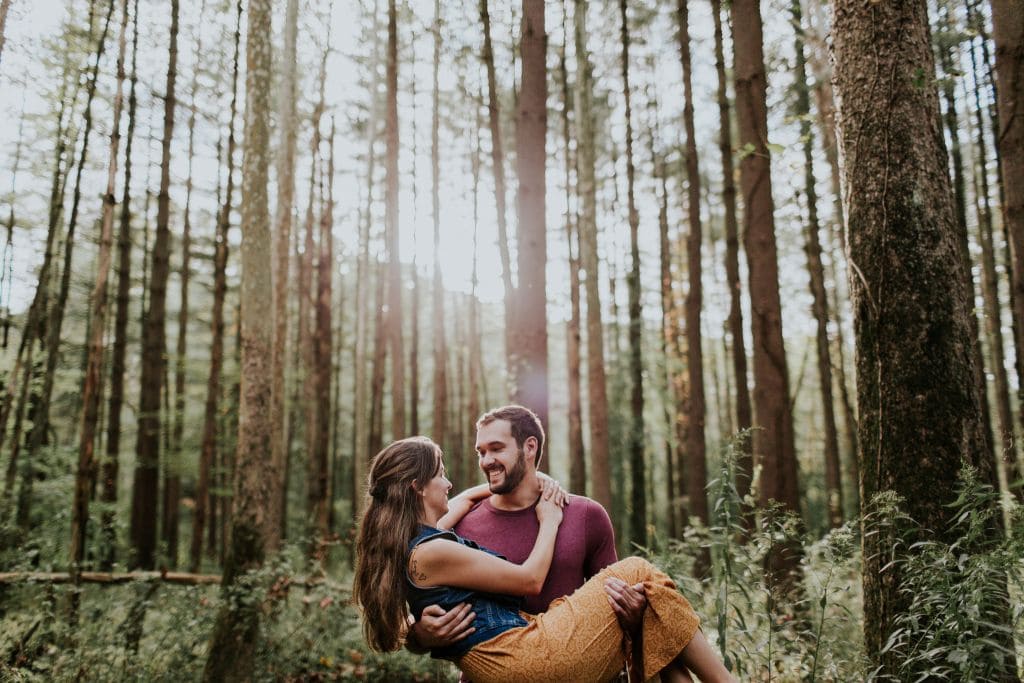 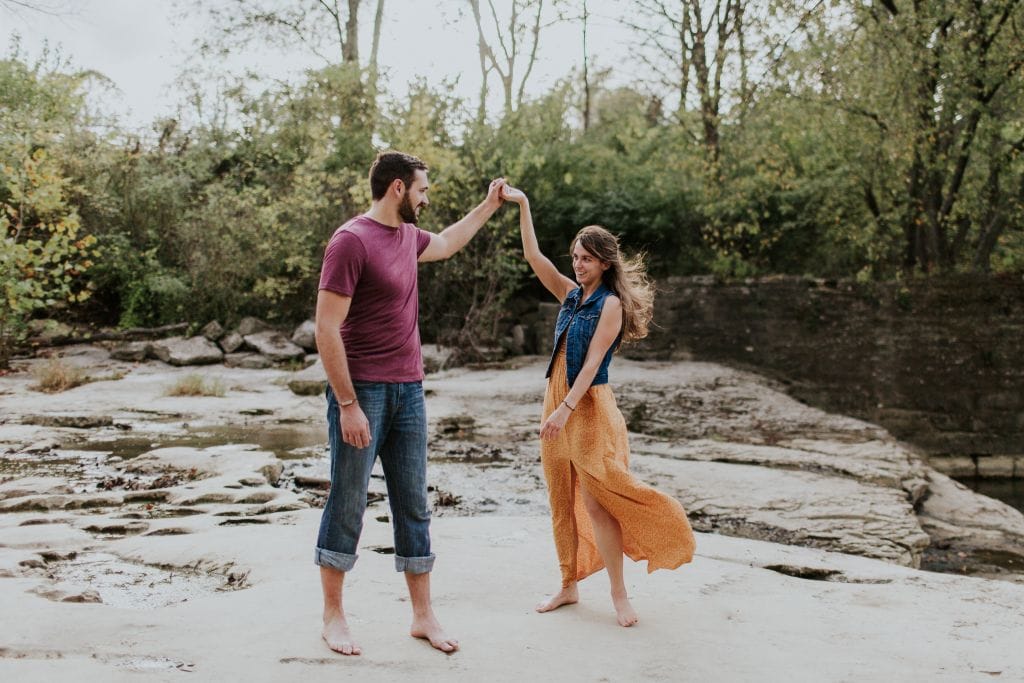 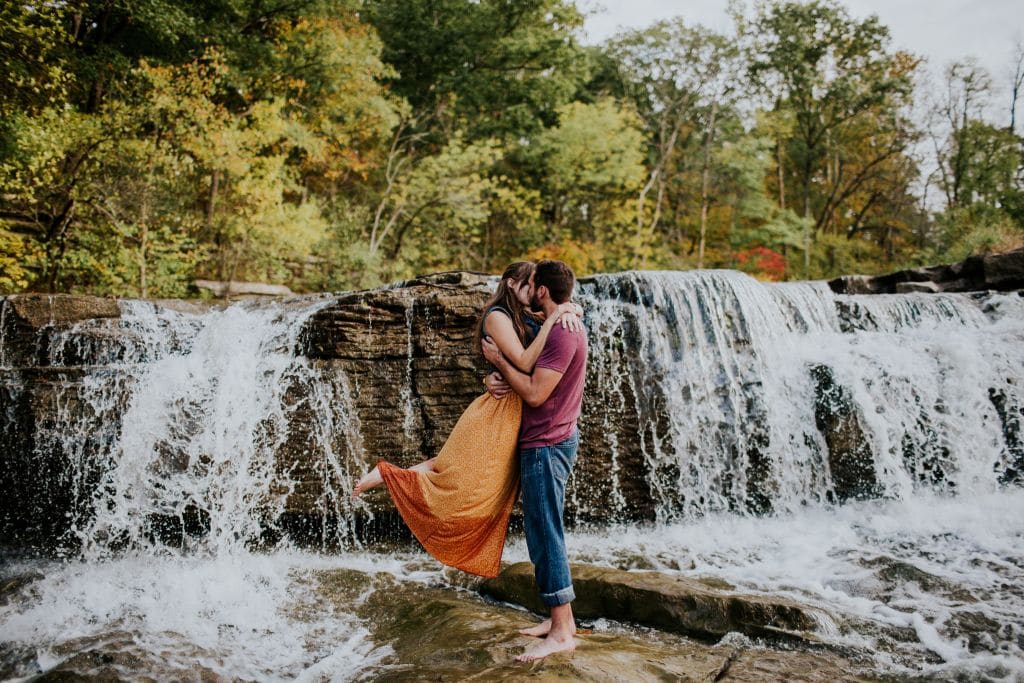 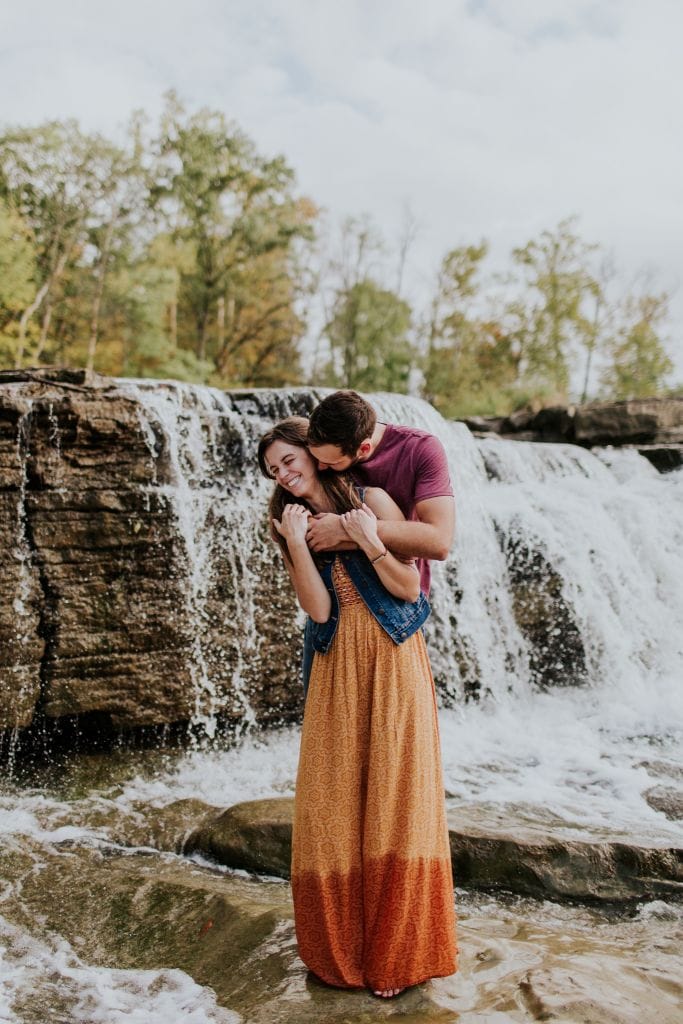 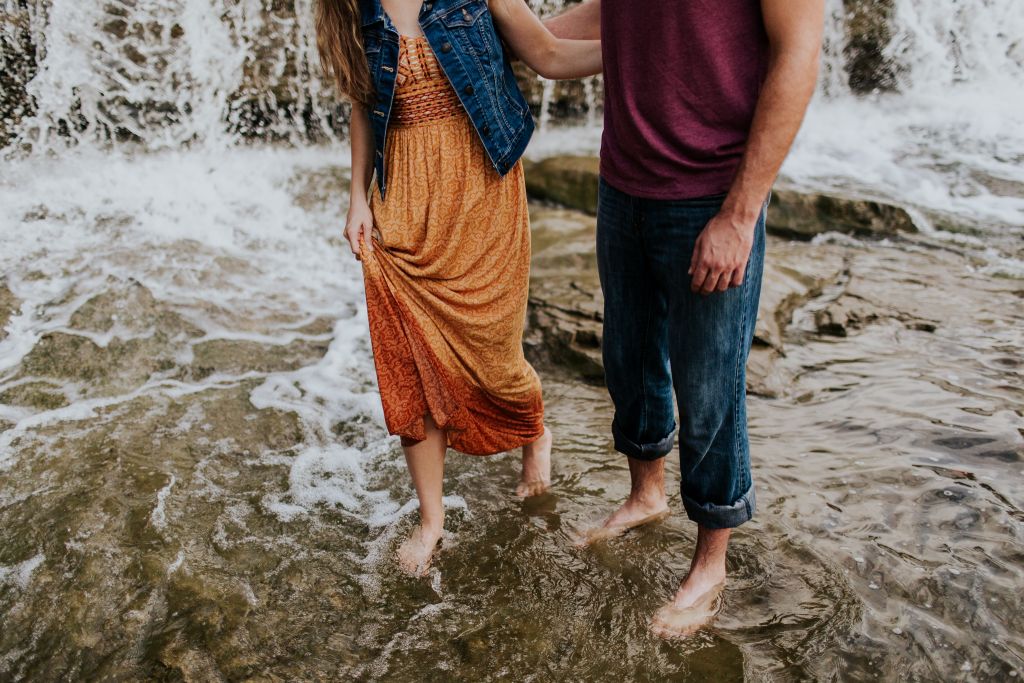 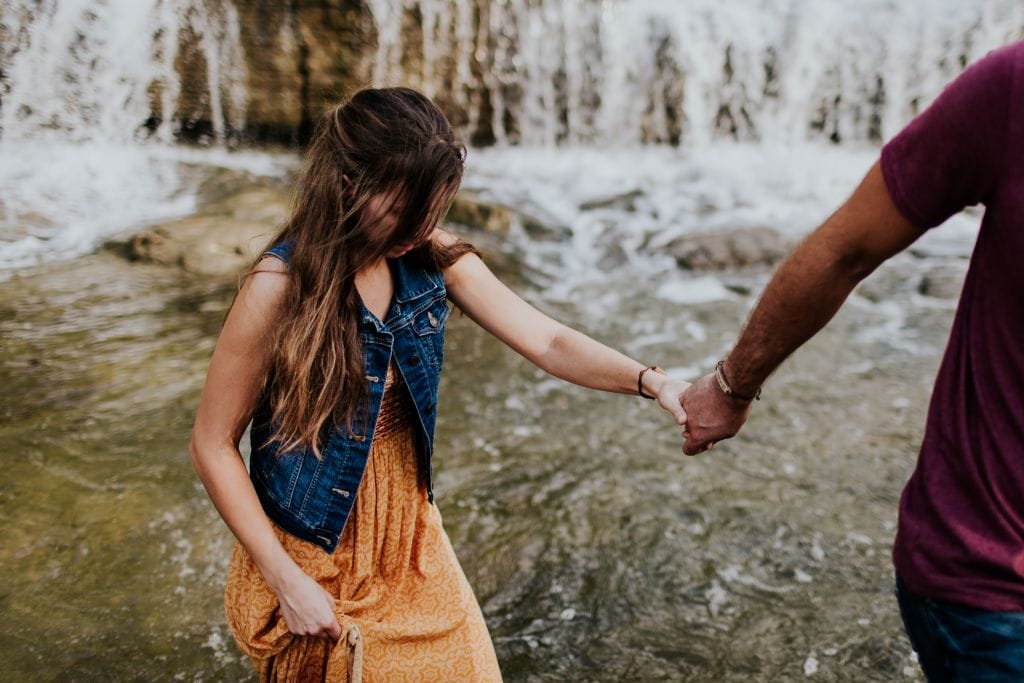 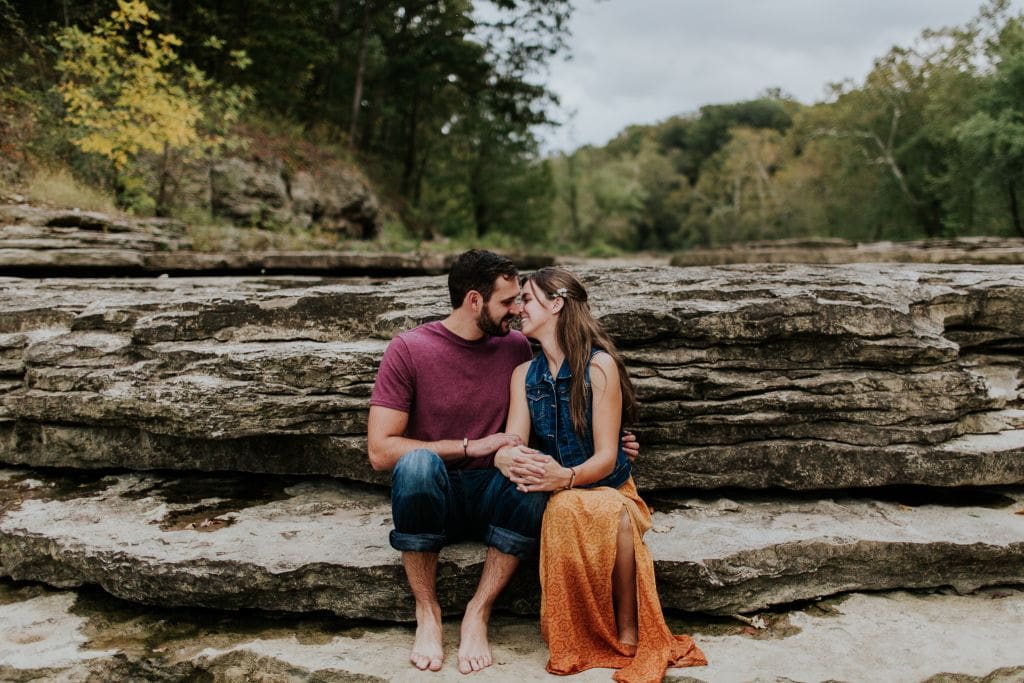 “Austin and I had been planning a camping trip with Jim and Emily for a couple of weeks. She had put an offer out to give a free couples photo shoot to whoever was willing to drive to Southern Indiana. In college, I ran cross-country and track with Emily, so I jumped [at] the opportunity to hang out with friends, go camping for the weekend, and try something new!  So Emily and I began planning the camping details, all the while [she was] talking with Austin about a surprise proposal too!

…We started out in the woods, took a few shots at a small waterfall and gradually made our way down to the larger, ‘main event’ waterfall. It was super casual and so much fun just laughing and spending time with people I adore. As we started to get near the waterfall, I actually did mention to Austin how this was going to look like engagement photos, and he casually responded, ‘Eh, we’ll figure it out.’  Ten minutes later, we were standing back to back in the water, and Emily prompted me to turn around. As I did, I immediately began exclaiming, ‘No you’re not!  You are not doing this right now!’ and then burst into tears. Austin, patiently began stating, ‘Onna, I’ve been thinking a lot about what you said to me 21 years ago, when you said you would marry me someday. I have enjoyed this last year getting to know you on a deeper level, and I love you. Will you marry me?’ I nodded yes through my shaking hands… I was absolutely shocked, elated, and amazed. The rest of the evening was spent in celebration by the four of us, and it was magical.” 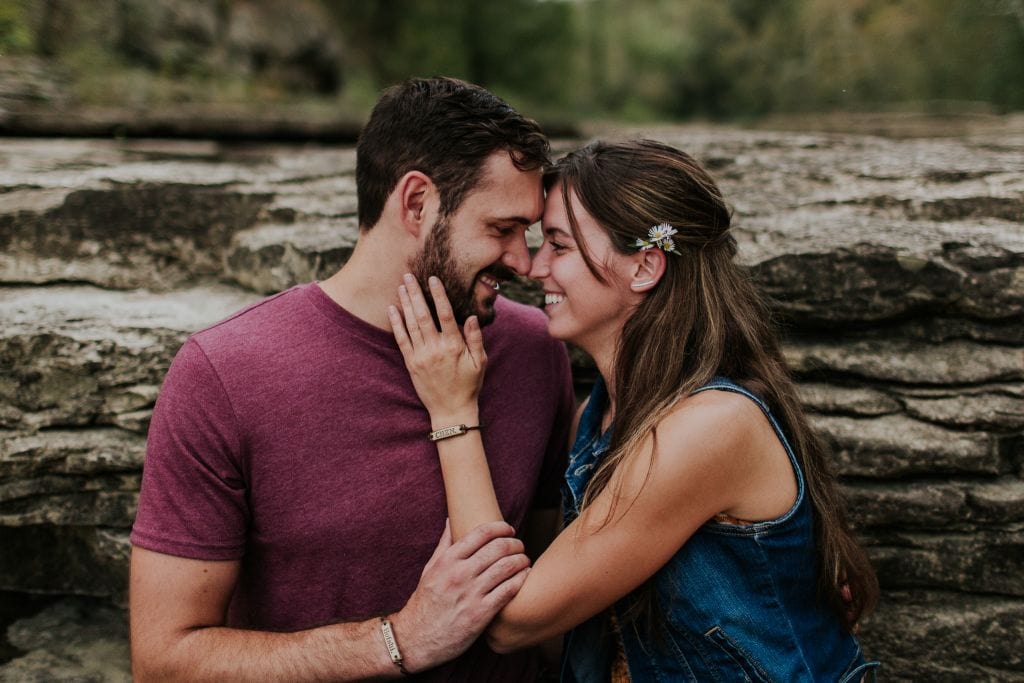 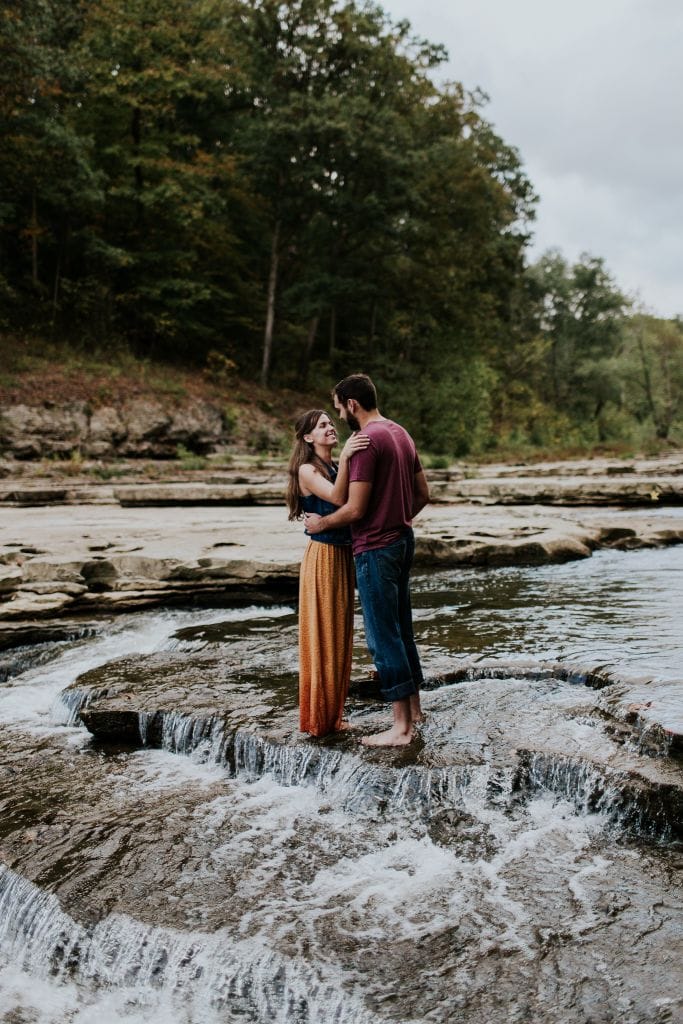 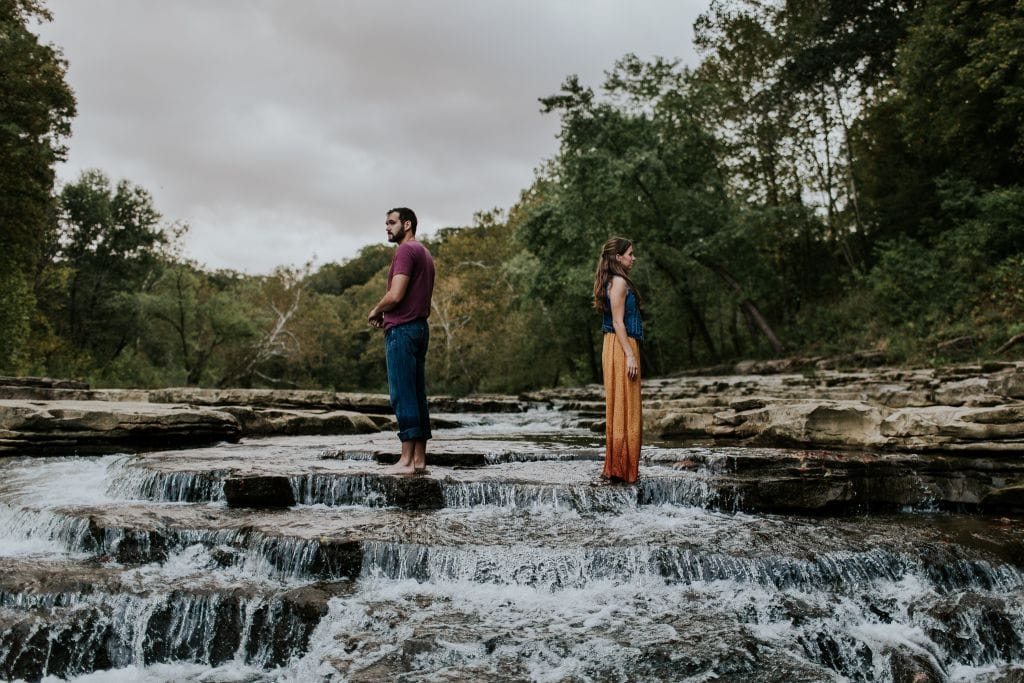 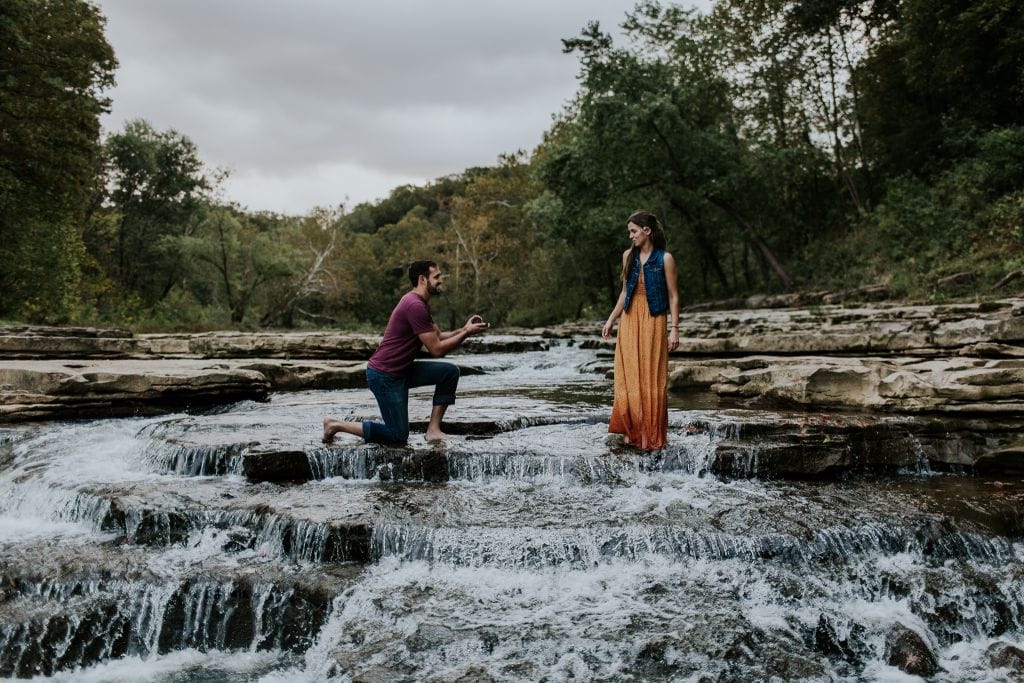 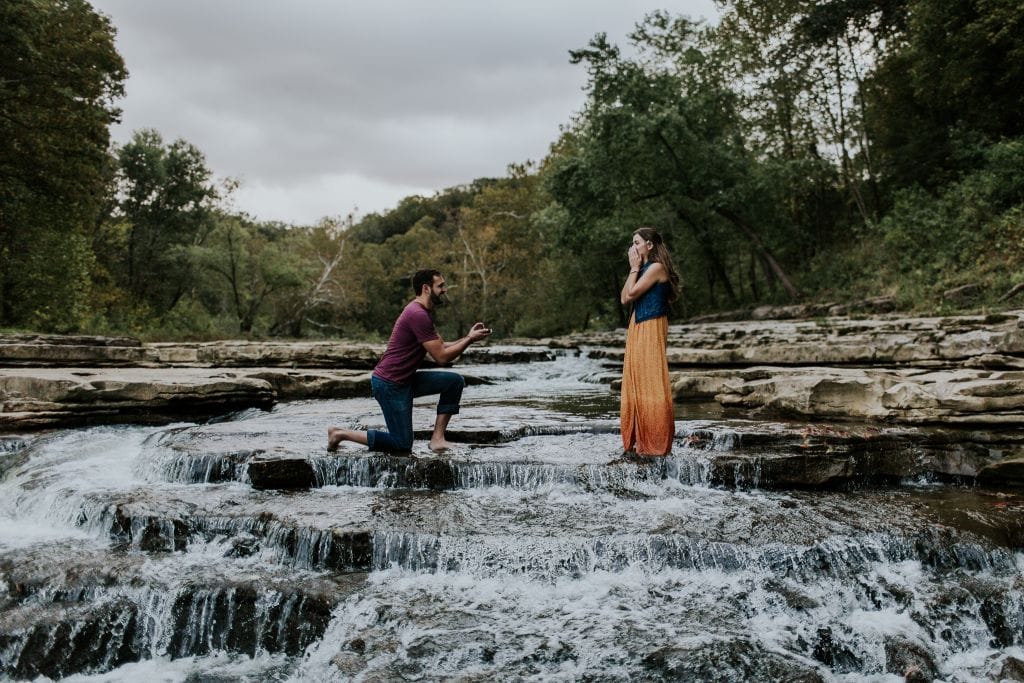 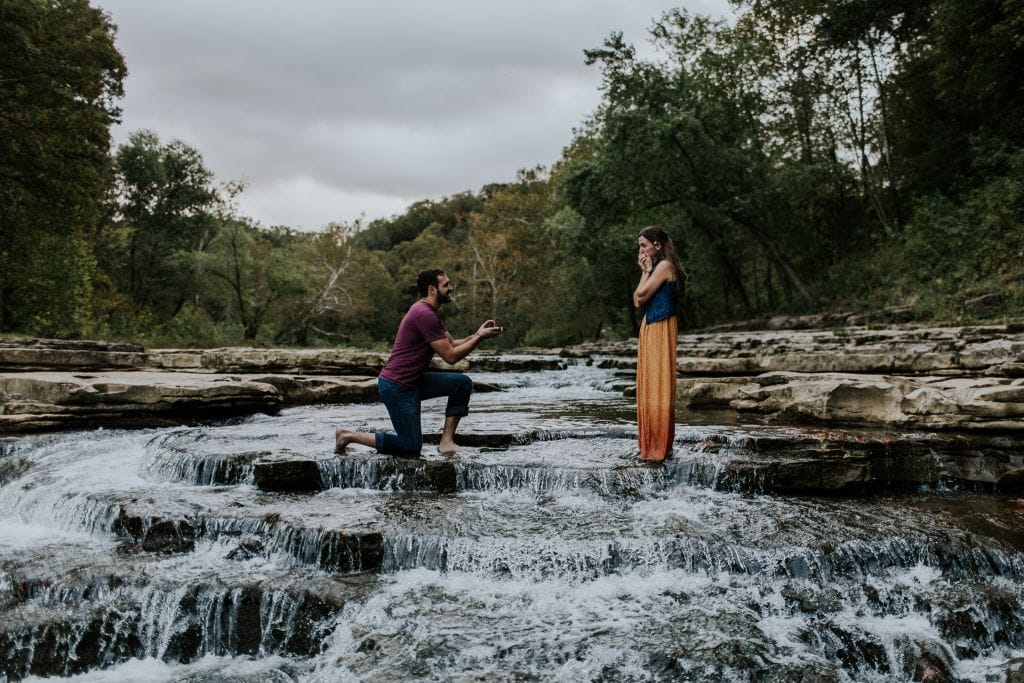 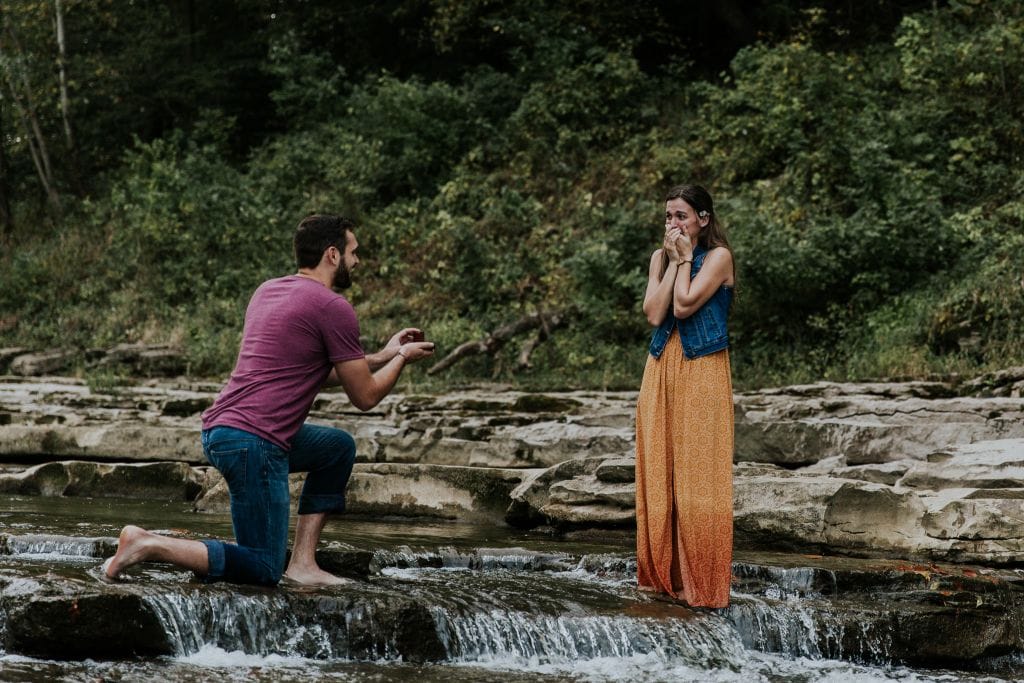 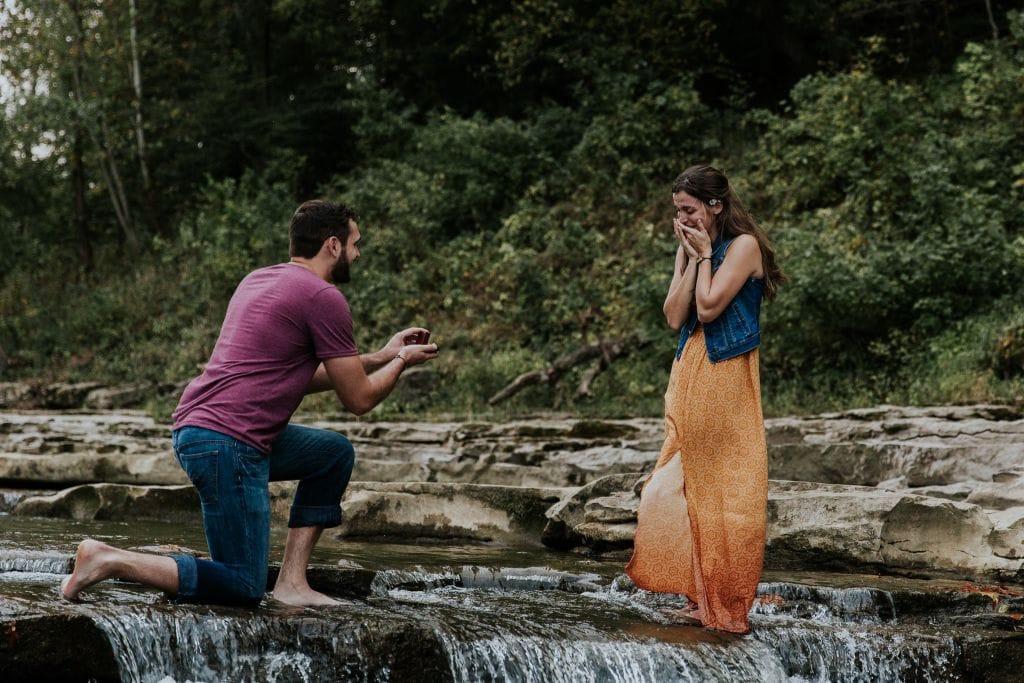 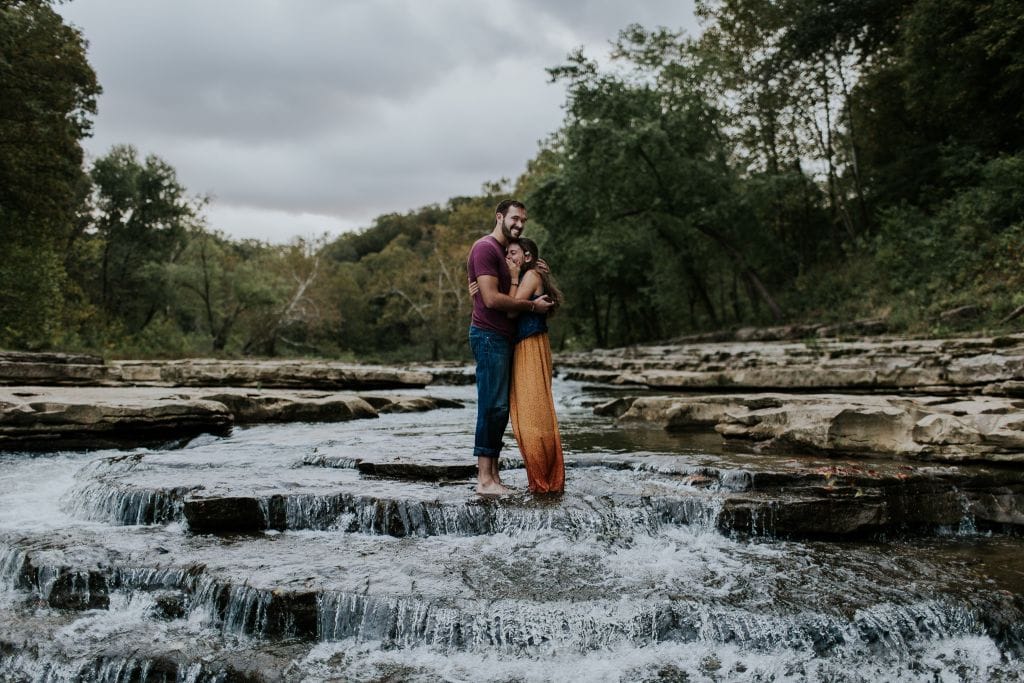 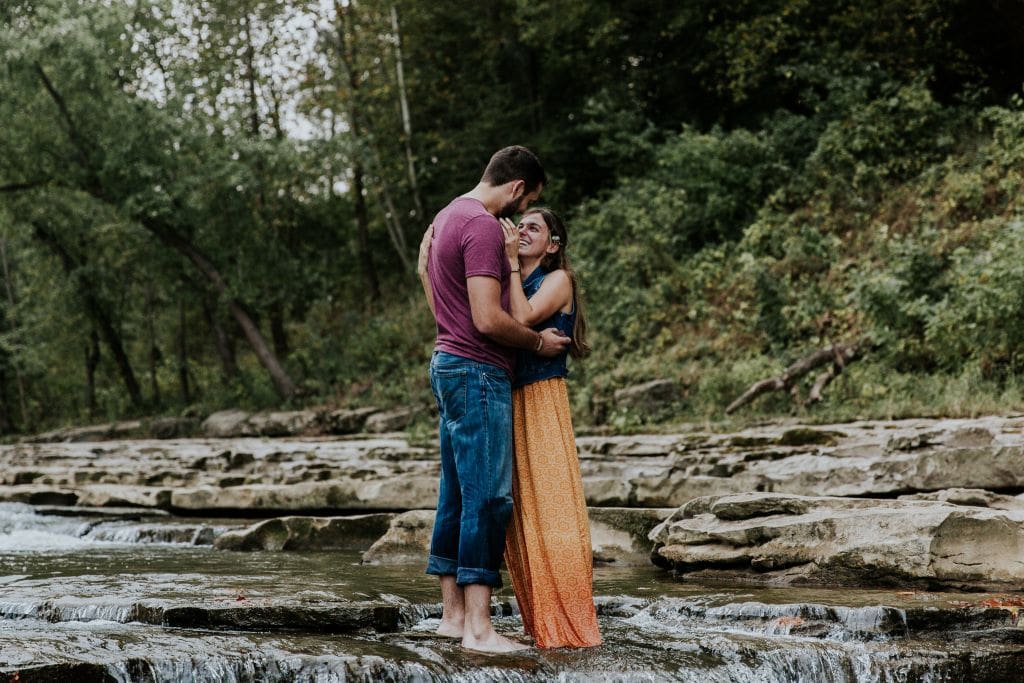 “…to those proposing soon and wanting it documented, don’t hesitate to reach out to a reputable photographer. Do it earlier rather than later, because weekend schedules fill up quickly! Even if you don’t have the ring, at least you’re on the photographer’s radar. Keep your eye out for wedding photographers who are having model calls for shoots on Facebook and Instagram. Most of the time, these are for personal work or styled shoots. Most photographers would LOVE to secretively weave your proposal into one of these shoots! It’s such a special honor. They can help you organize the whole thing and achieve your vision. If you think a photo session to cover for the proposal is not enough to trick your future spouse, then have the photographer hide and take photos at a pre-planned spot… The key is clear communication to execute a successful surprise proposal. Find a photographer who values the details and can effectively and promptly communicate with you.” 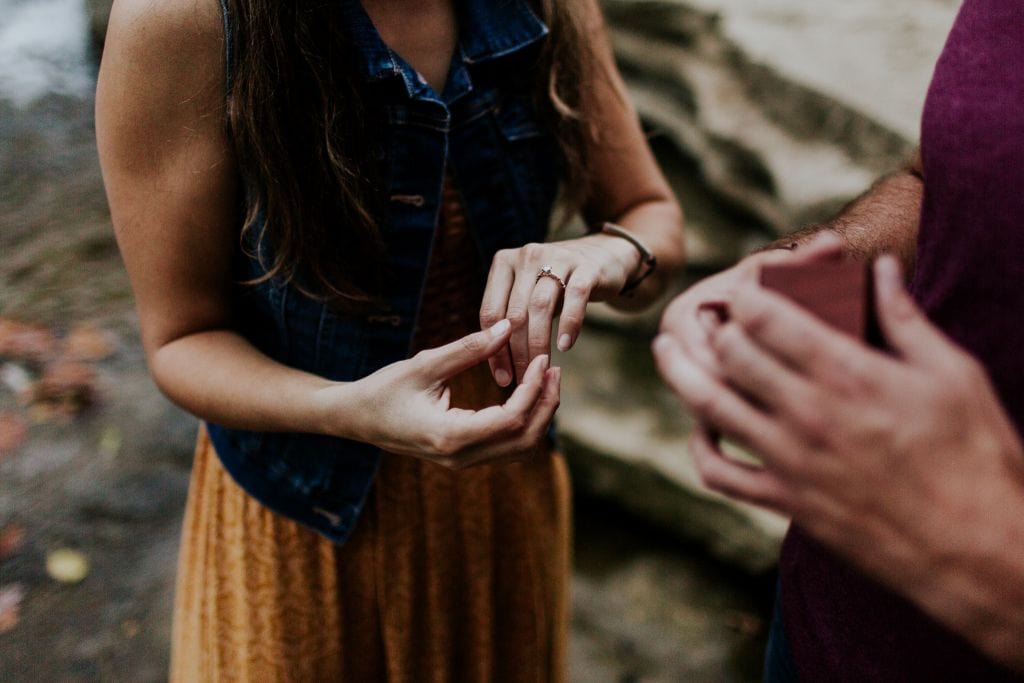 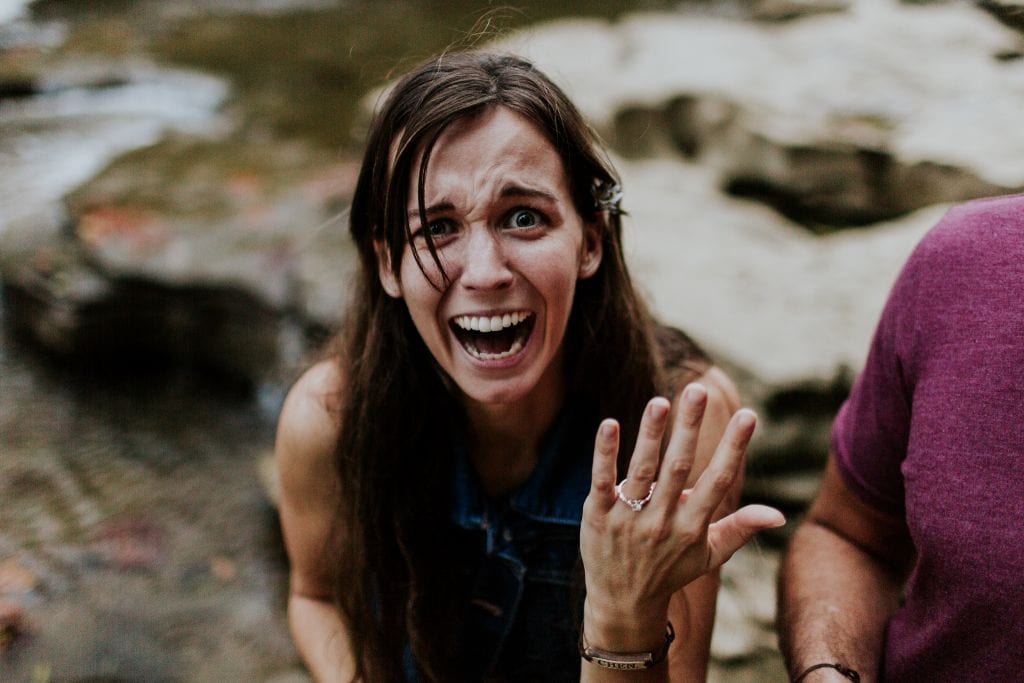 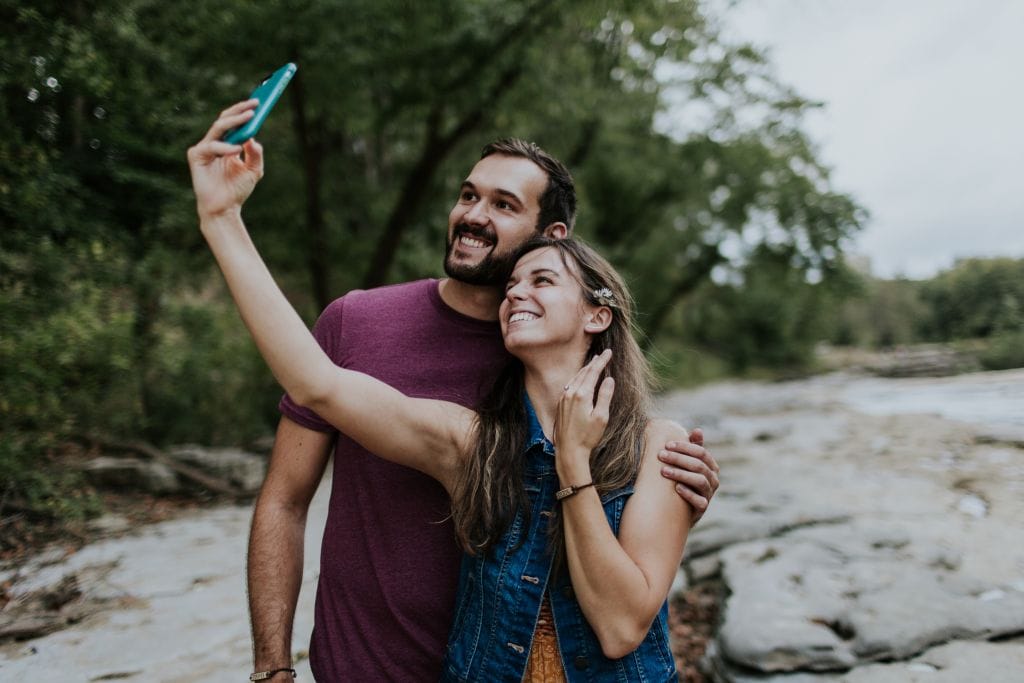 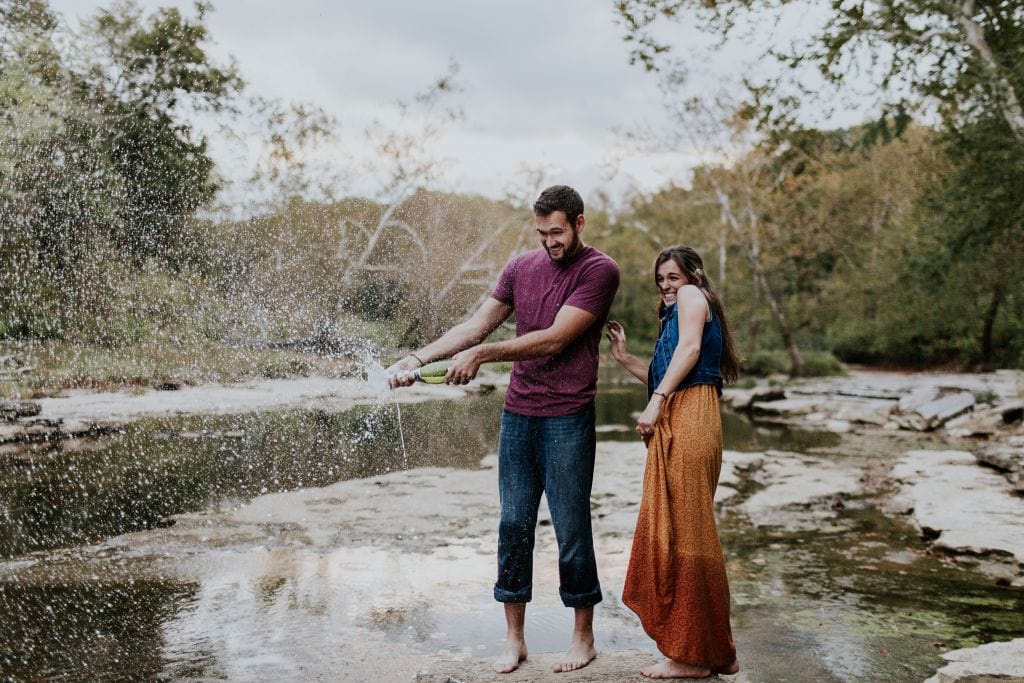 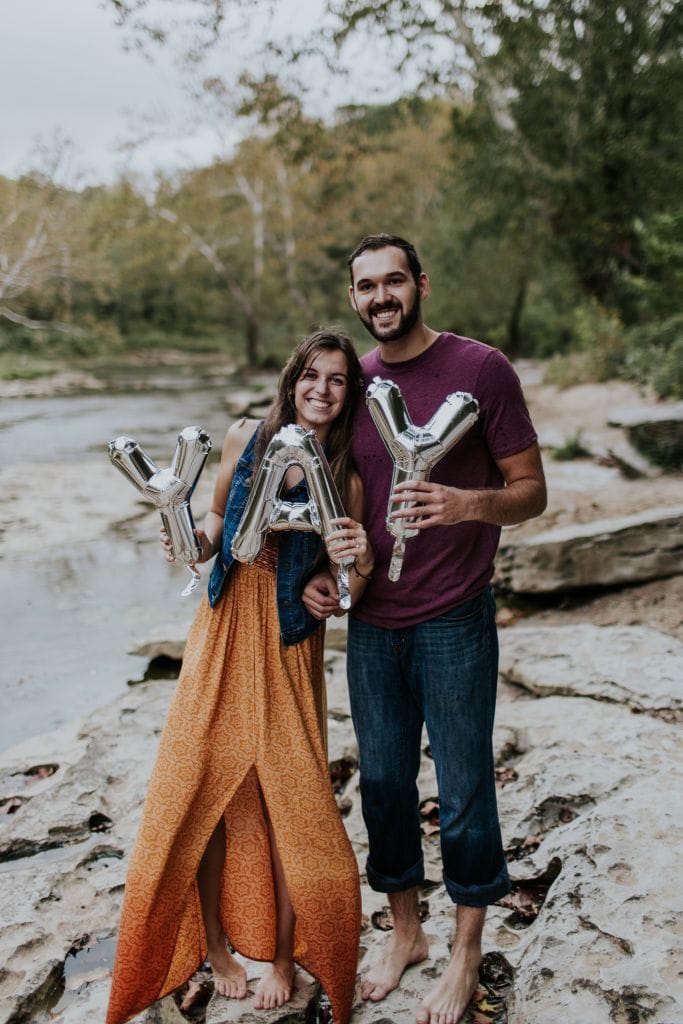 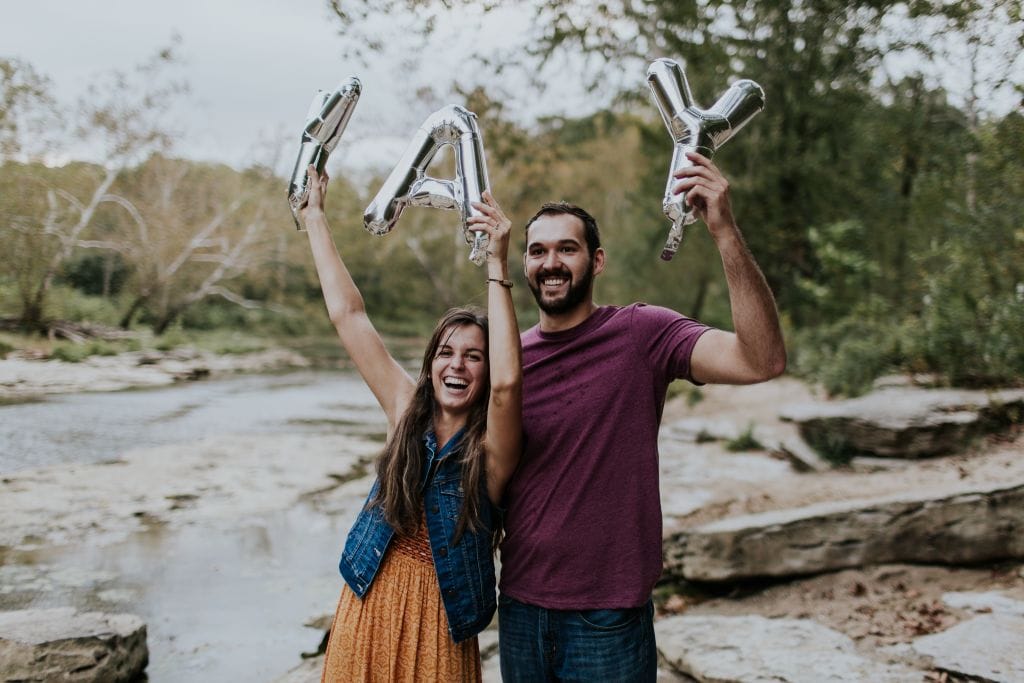 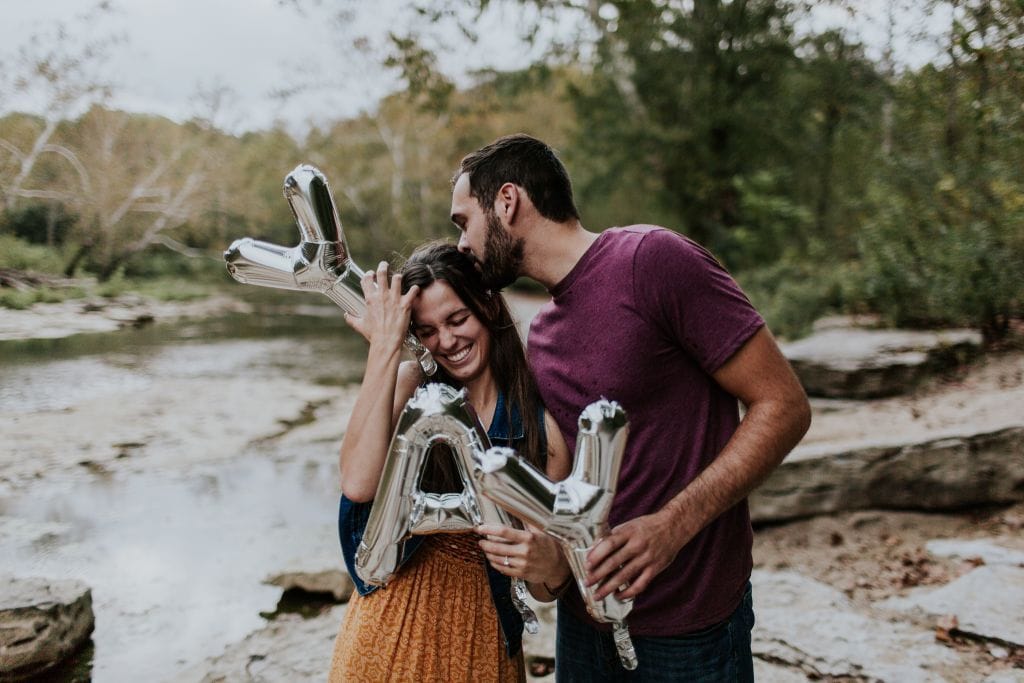 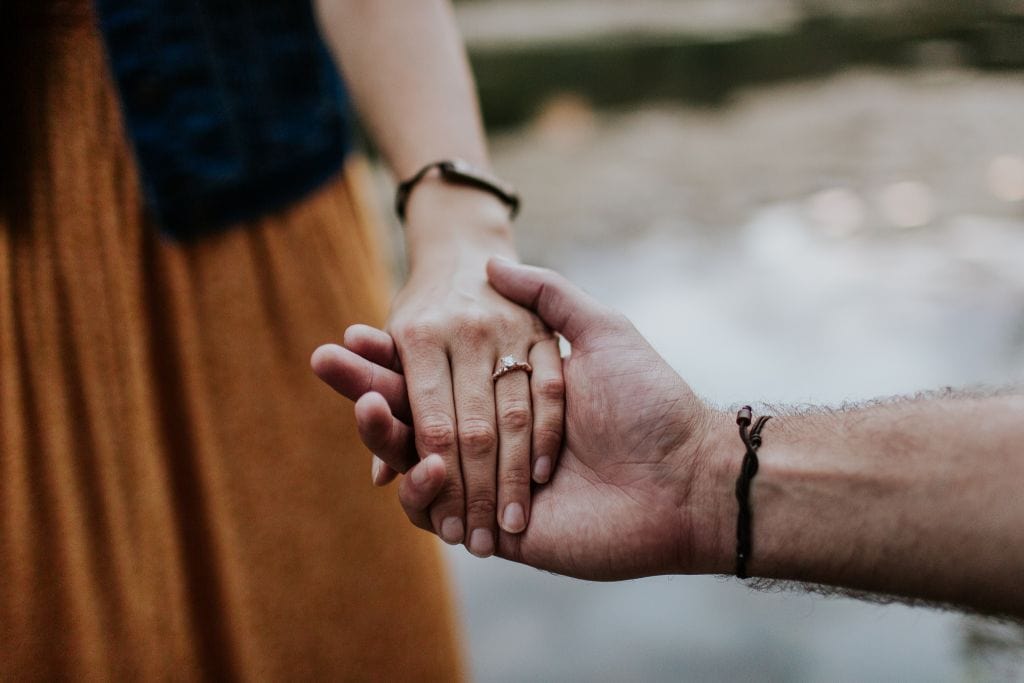 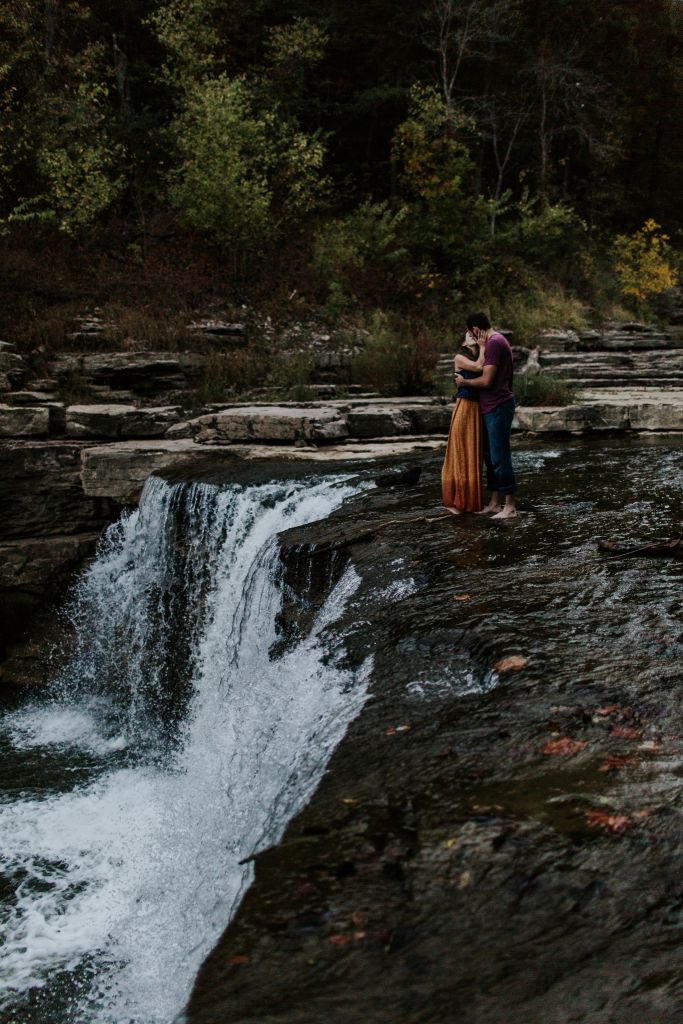 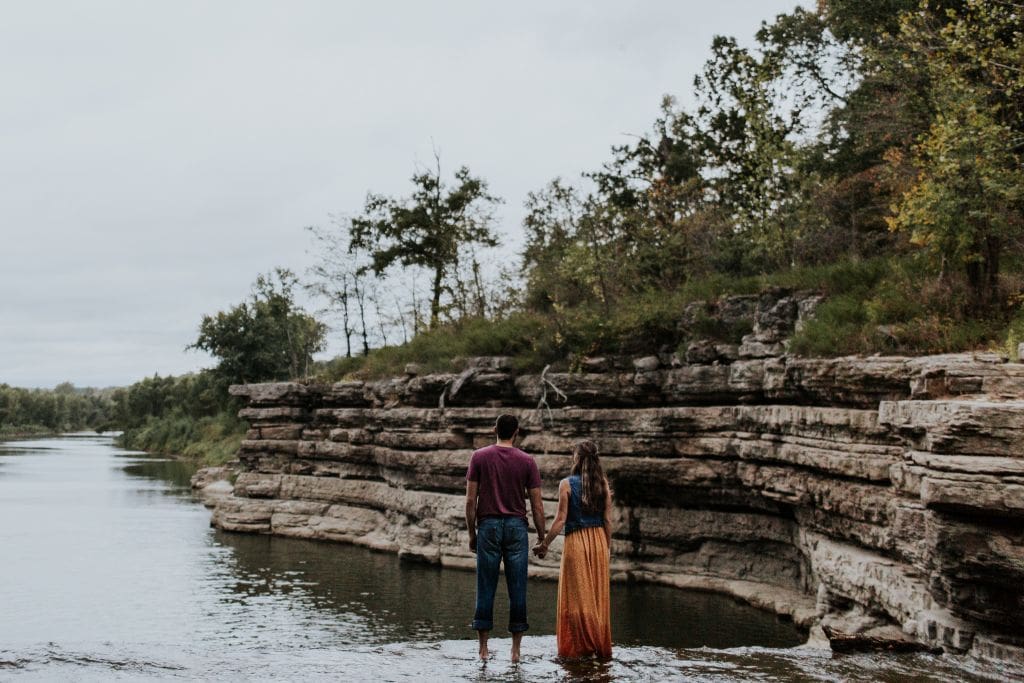 Thank you to Wandering Weddings member Emily Hary for sharing this session, and congratulations to Onna + Austin!

Looking for the perfect vendors for your wedding?