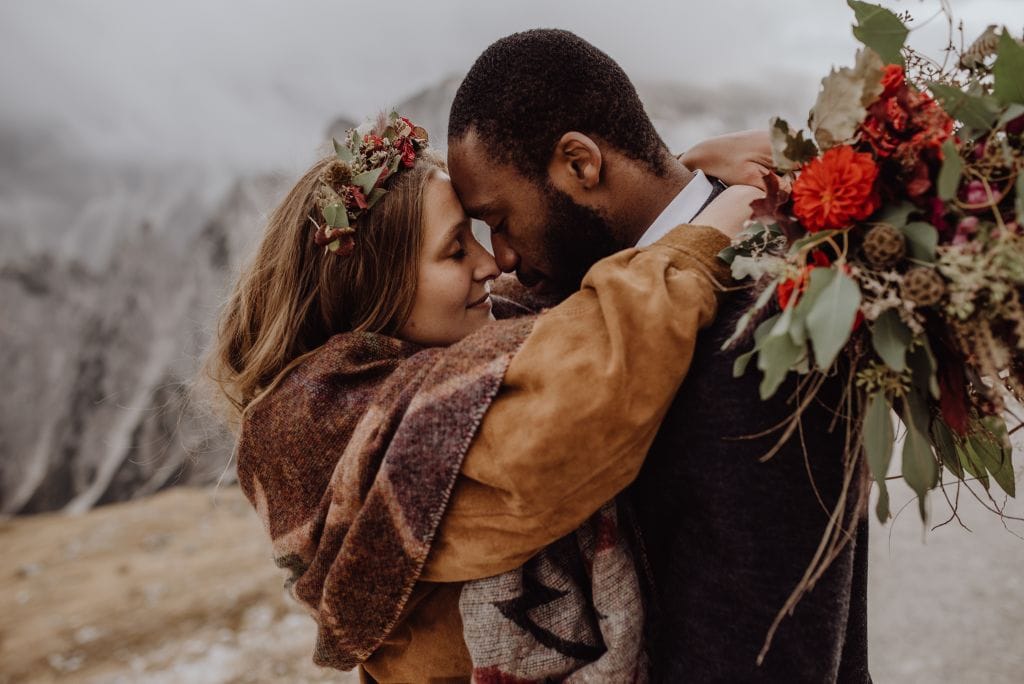 Armed with a vision to style a mountaintop elopement, Barbara Schmid planned an inspiration session for the Austrian Alps, near her hometown of Innsbruck. Following a weekend in the Dolomites, however, she called her models to prepare them for a change of plans – the shoot was relocating to Italy! She sent Magdalena and Marcel pictures of their new destination and both were onboard.

Although the weather was forecasted to be sunny and clear, Barbara was thrilled when the fog moved in soon after their arrival. “We were up [at] 2330 meters in November, so you can imagine how cold it was,” she recalls. “I wanted the style of the session to be boho… nothing fancy…” Shooting in a high-traffic area, the sound of “Auguri!” could be heard every few minutes as tourists and locals alike offered their congratulations to the would-be couple! 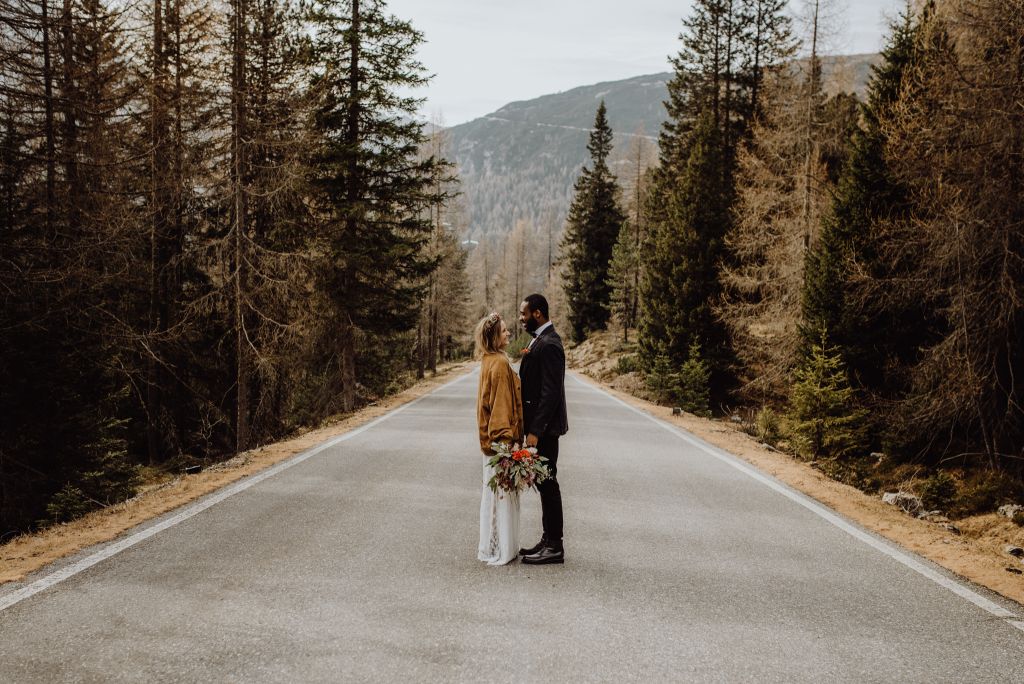 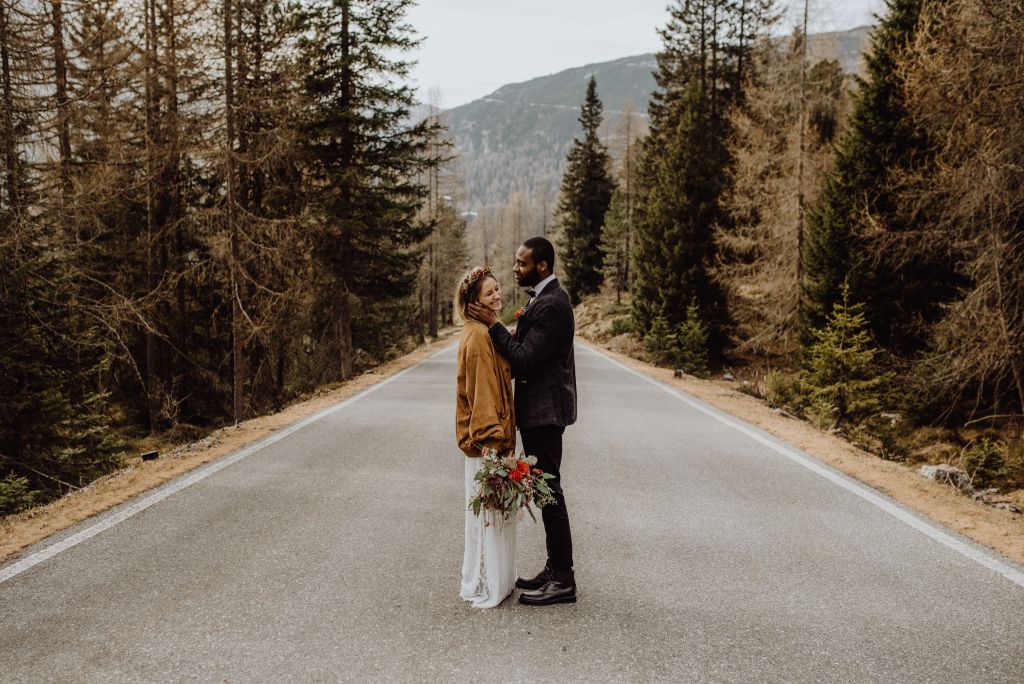 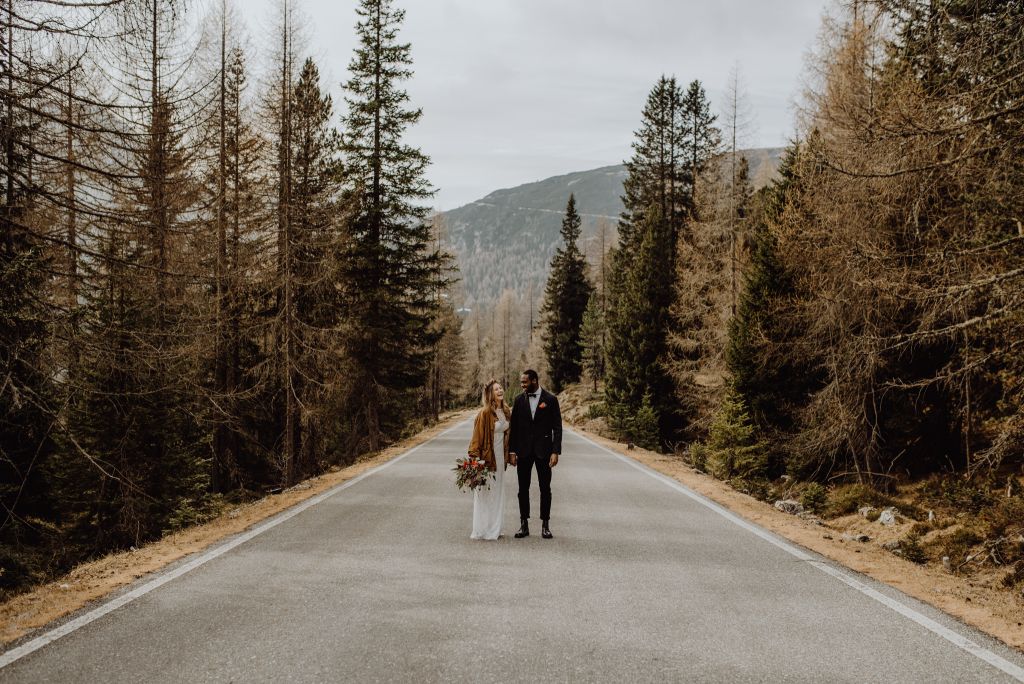 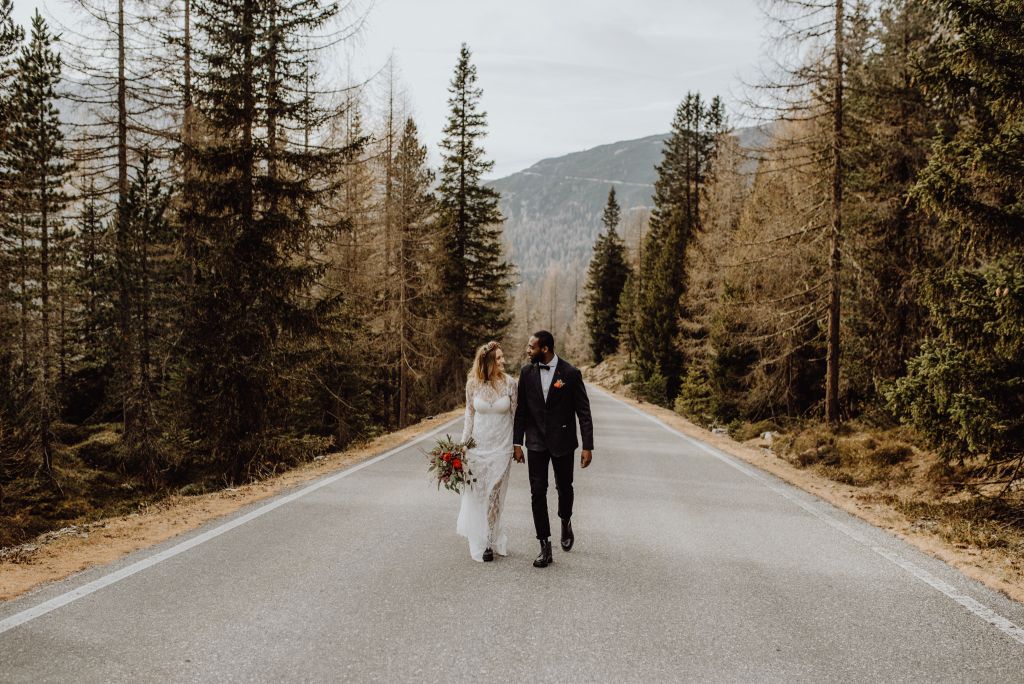 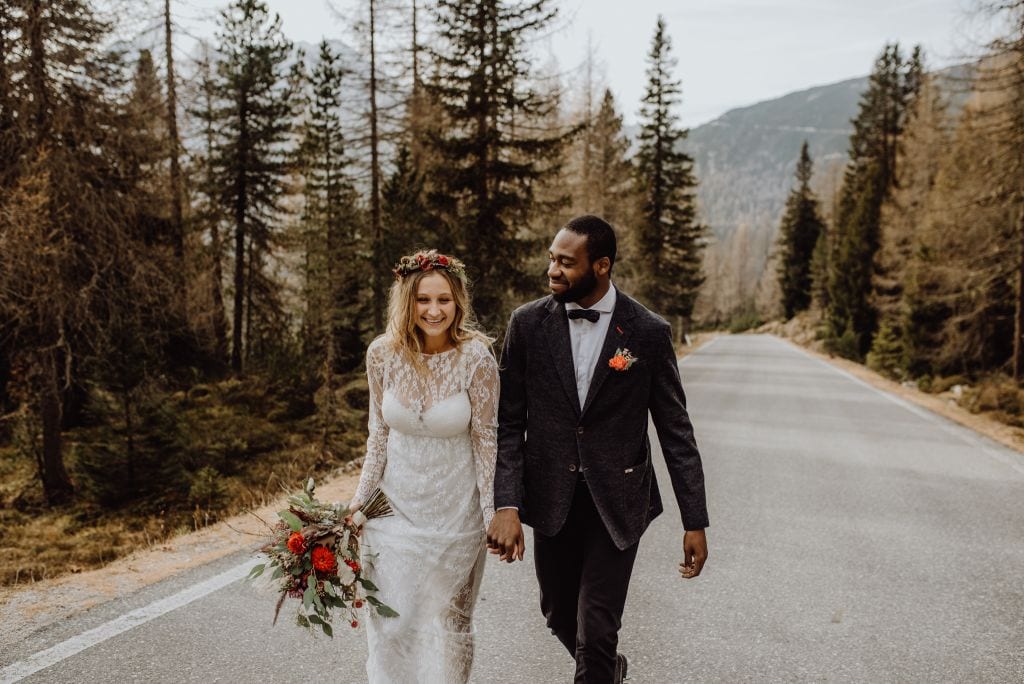 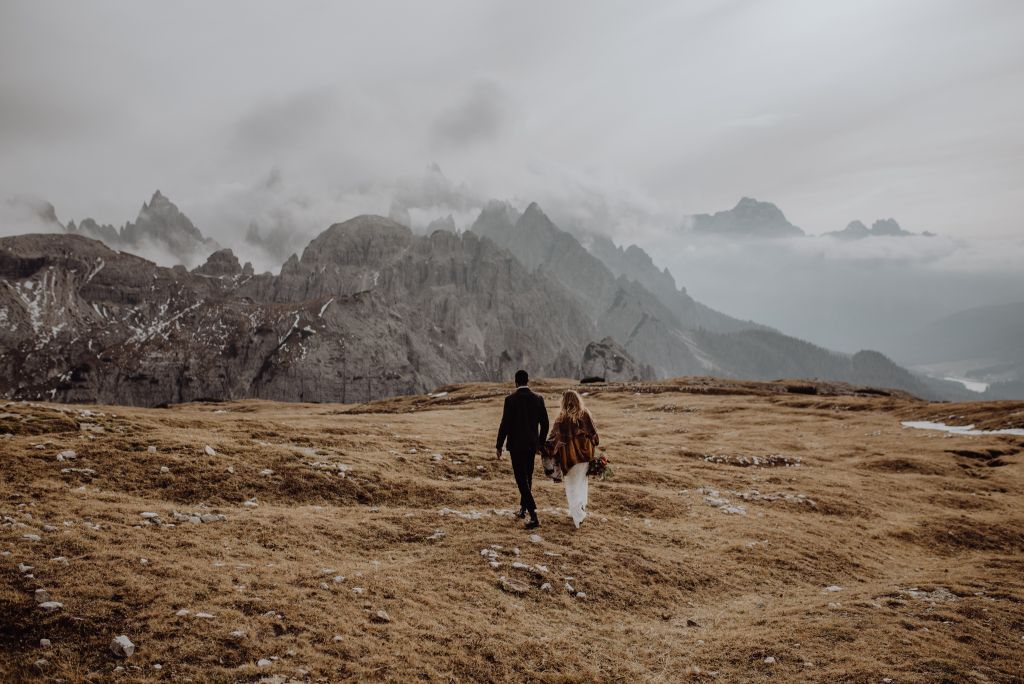 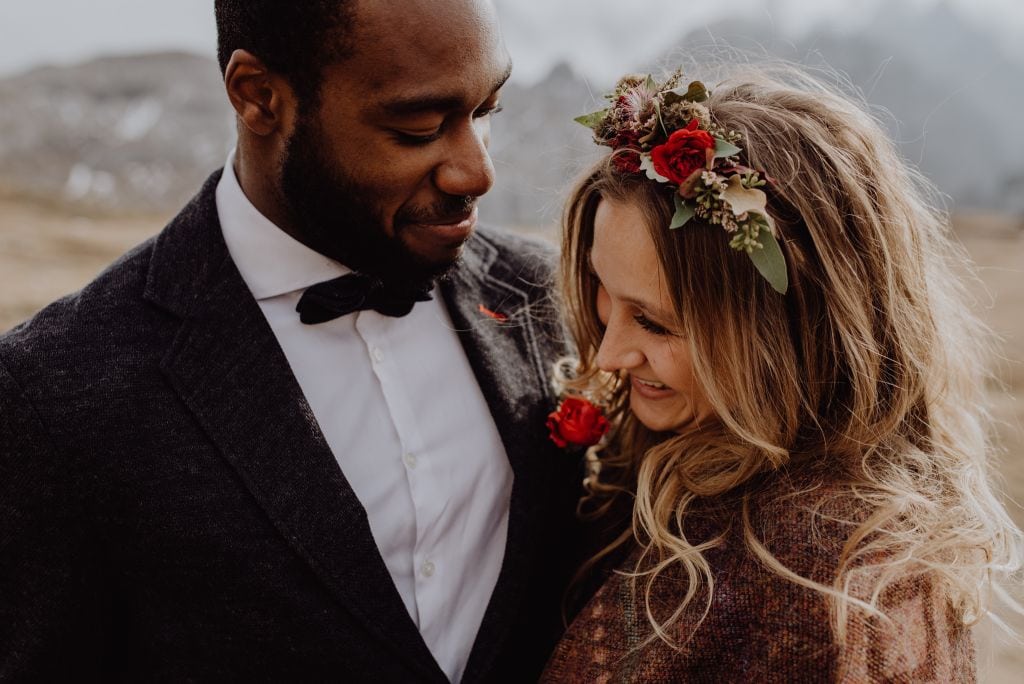 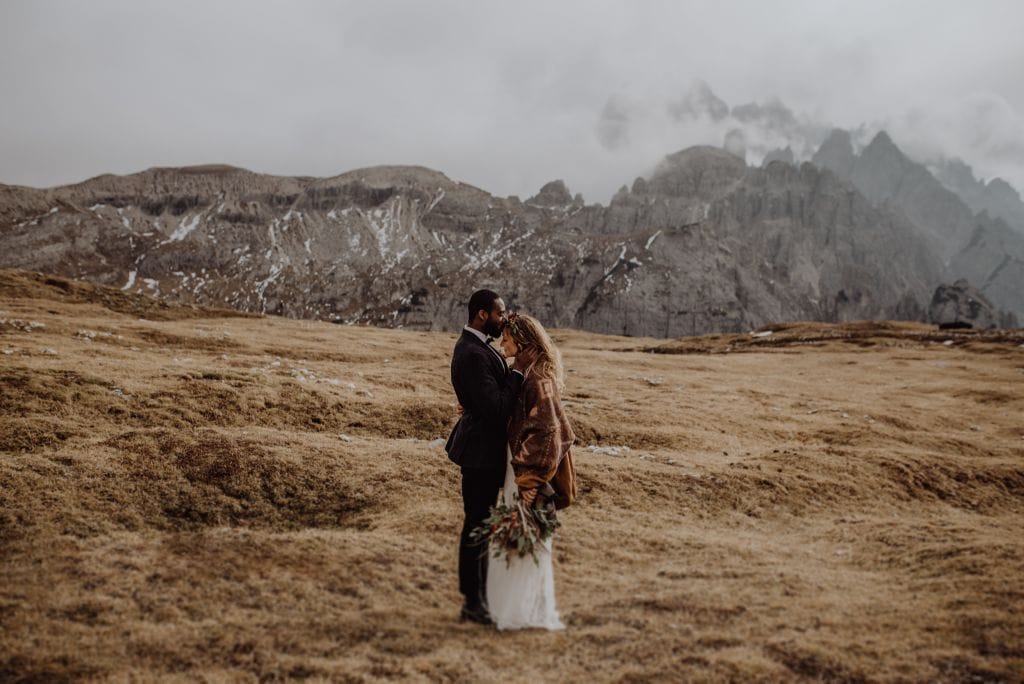 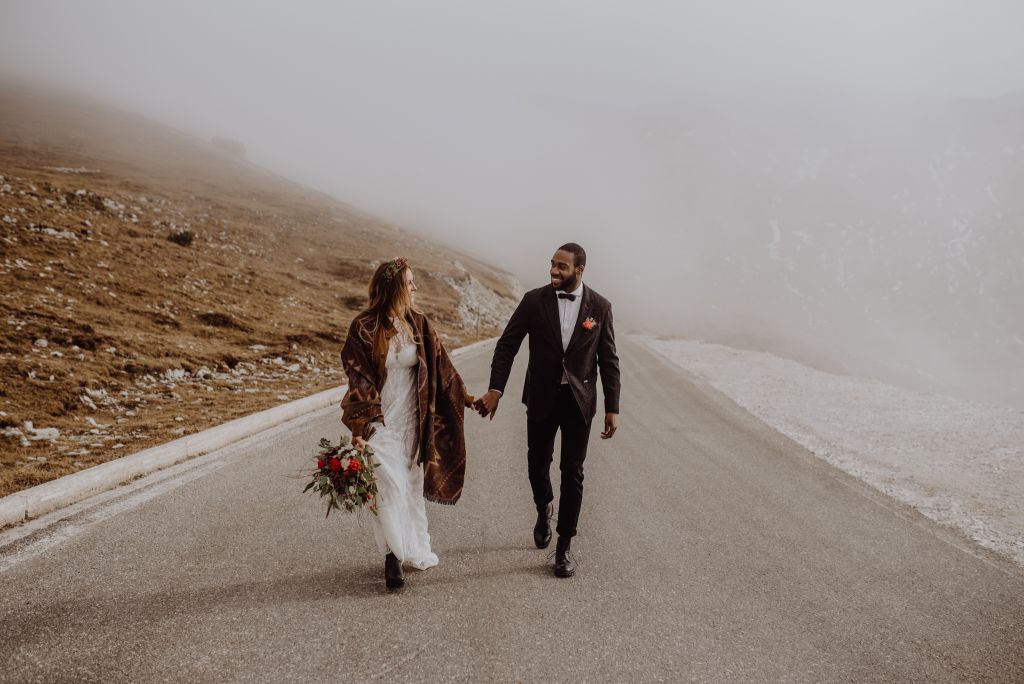 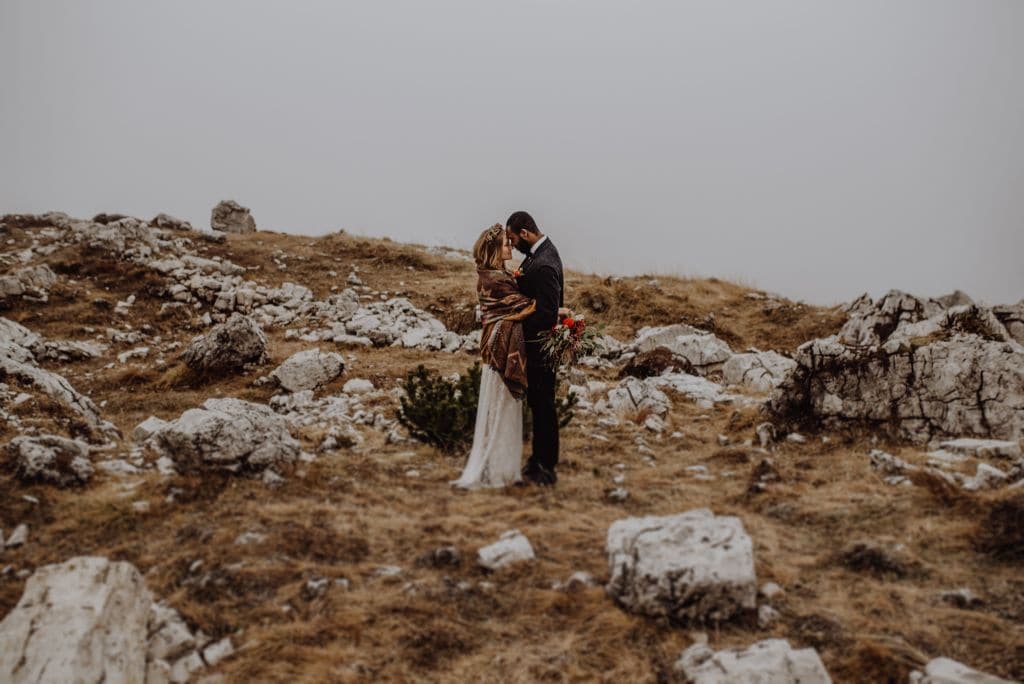 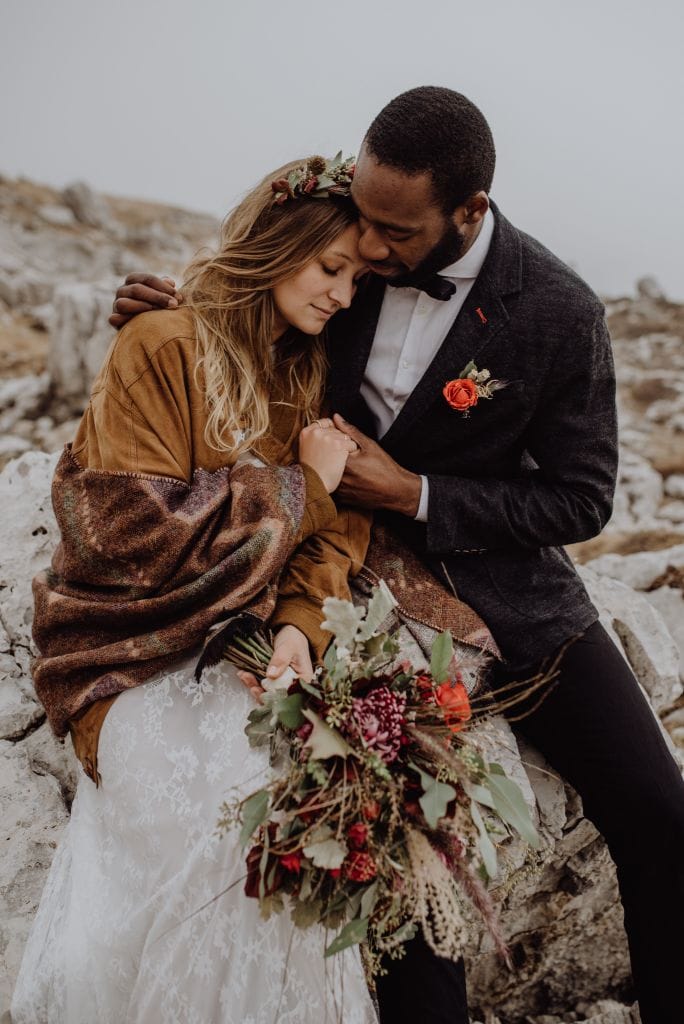 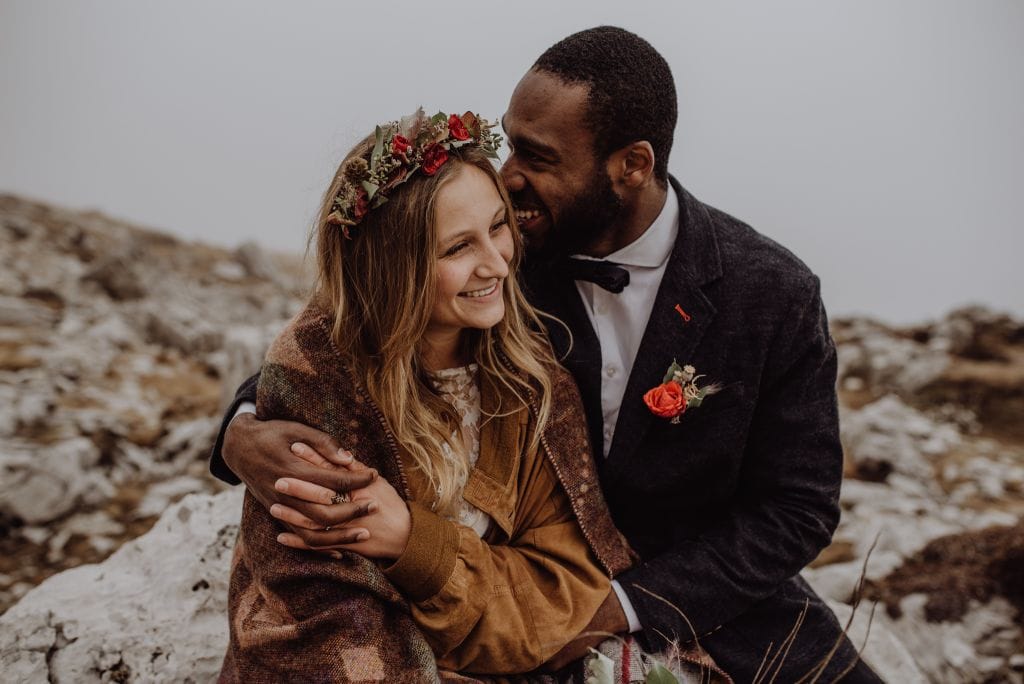 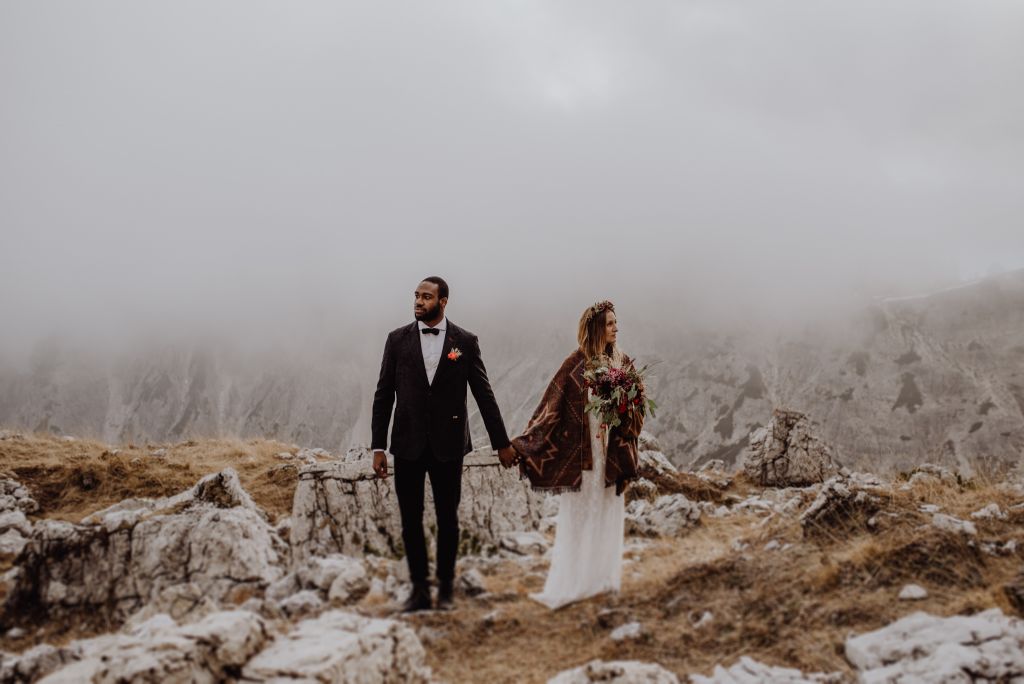 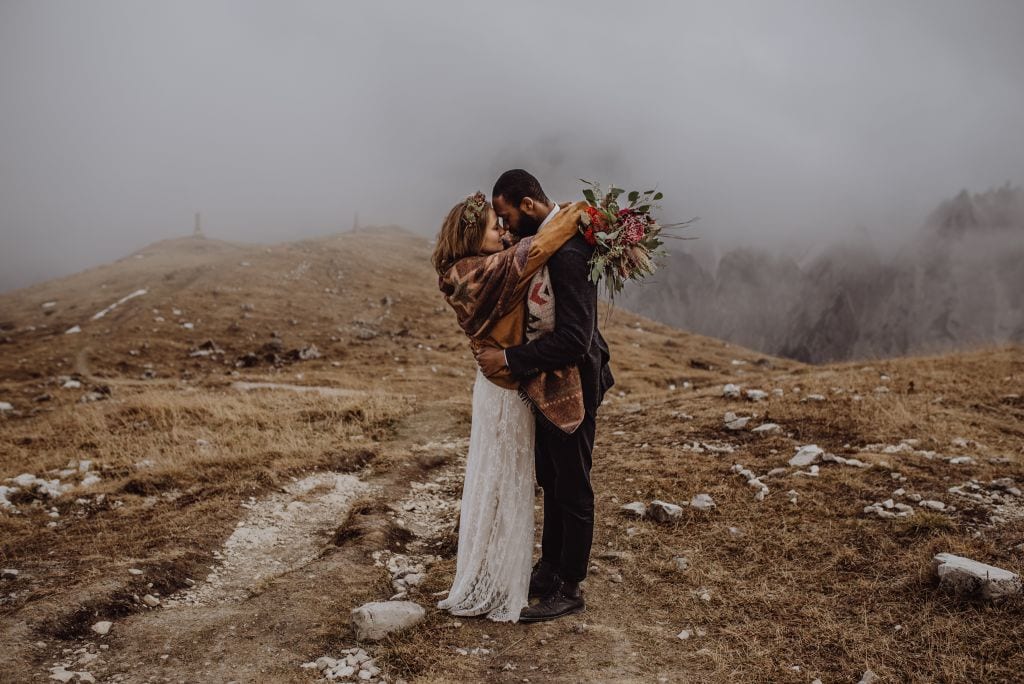 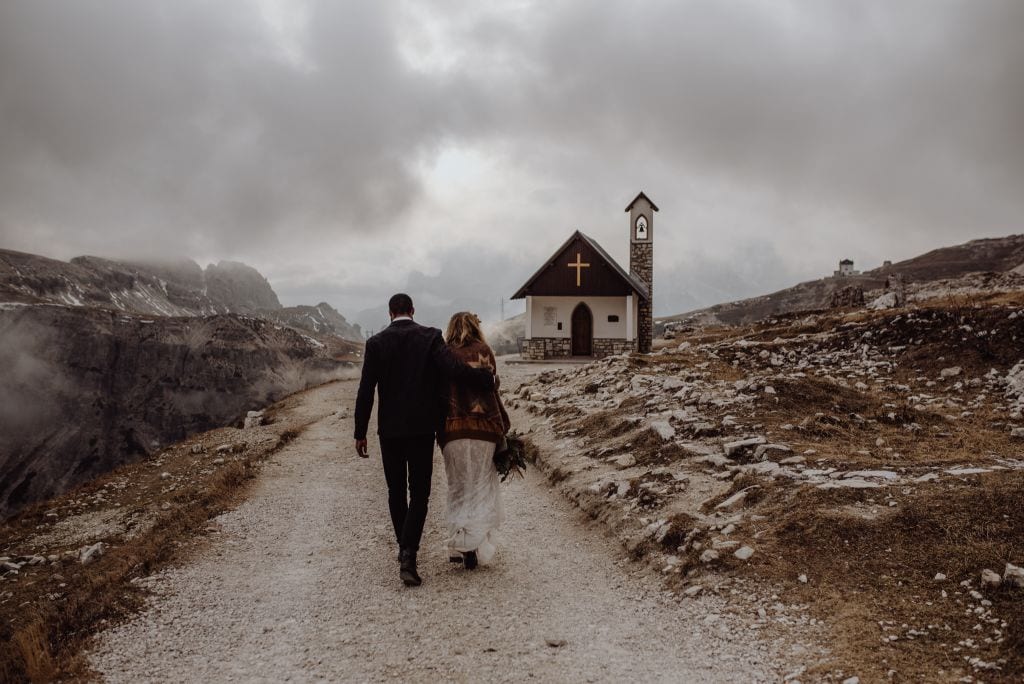 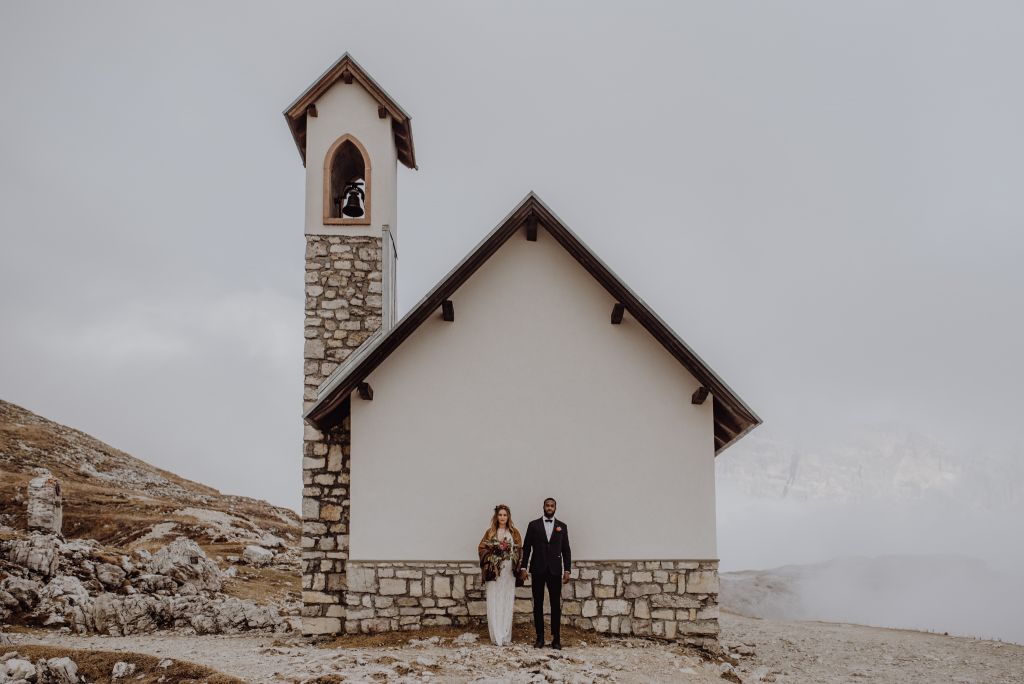 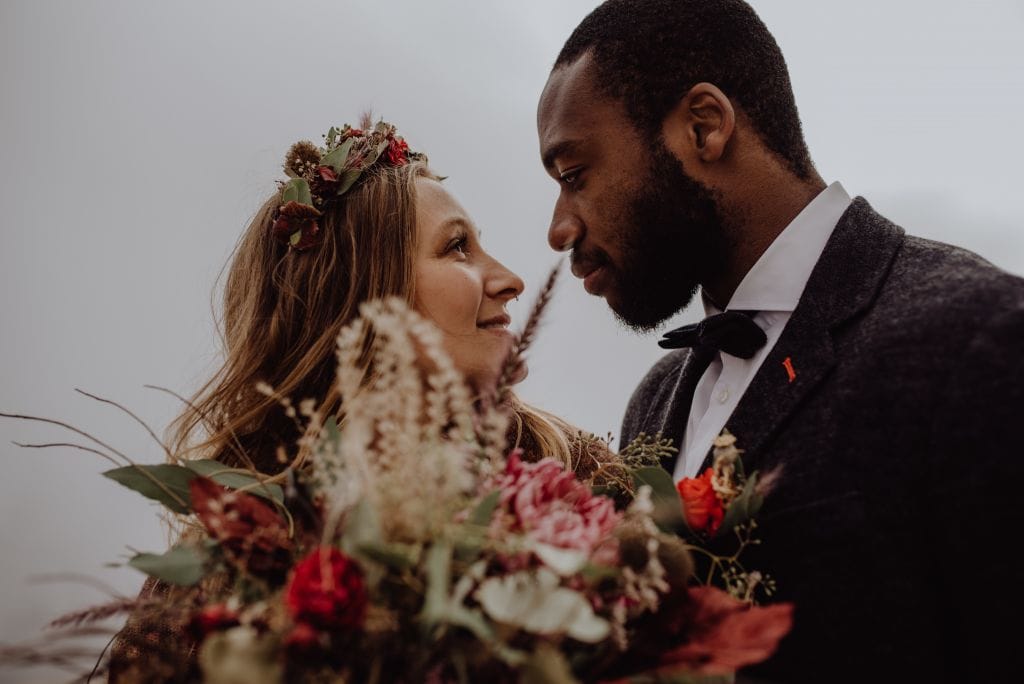 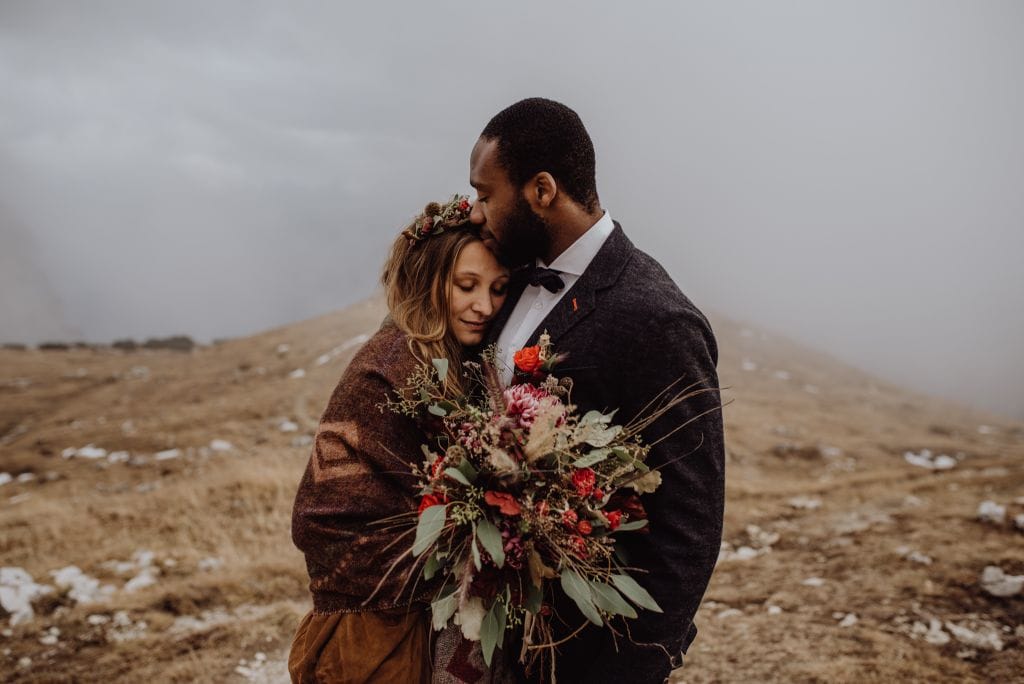 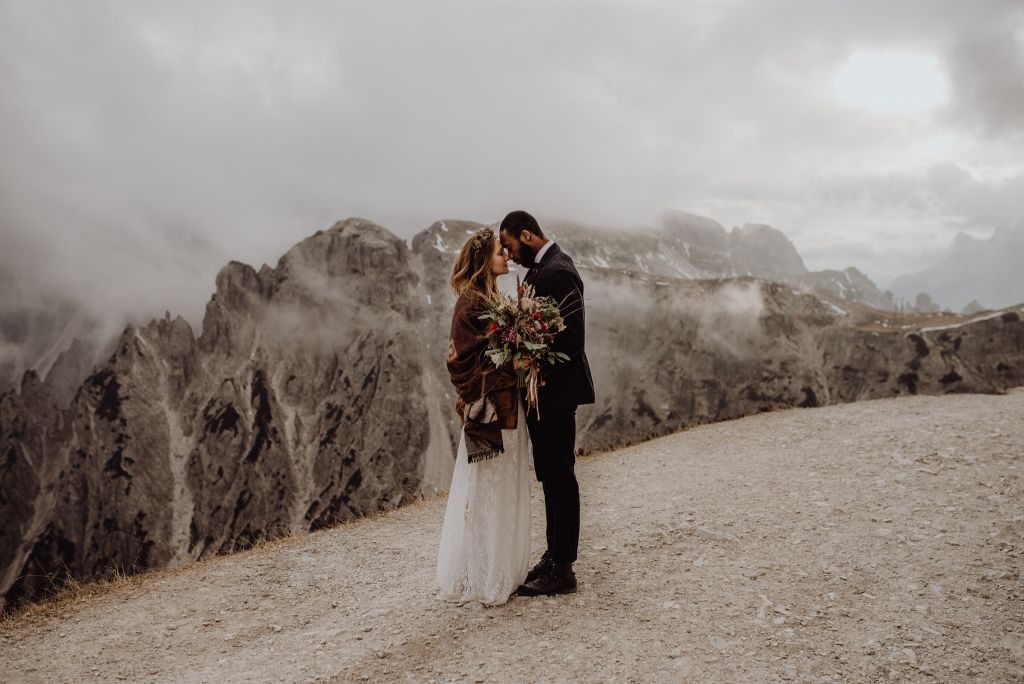 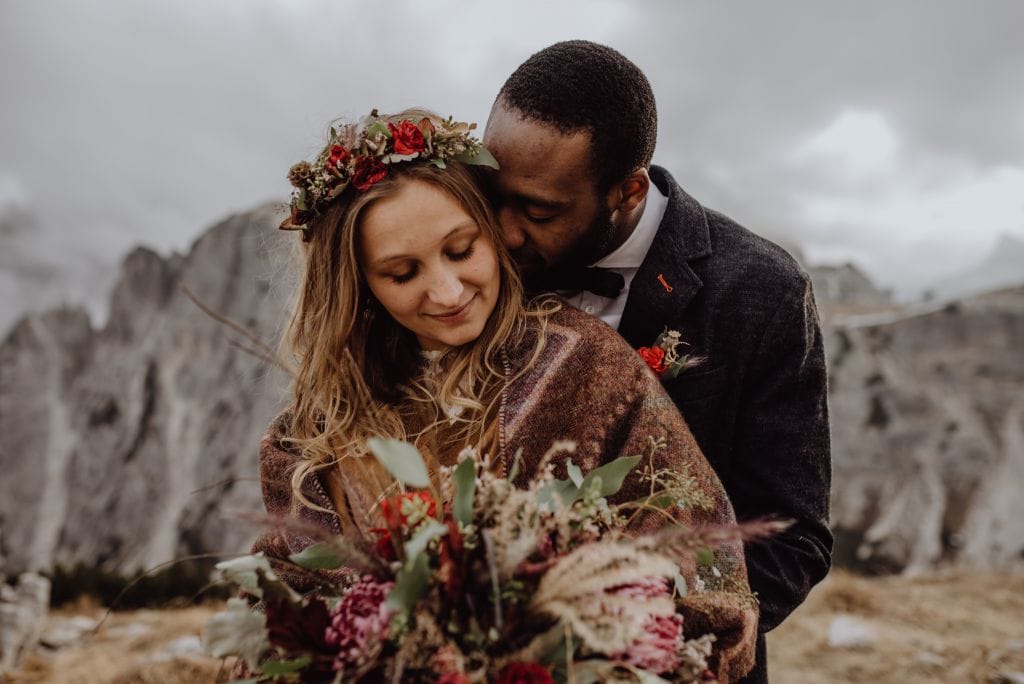 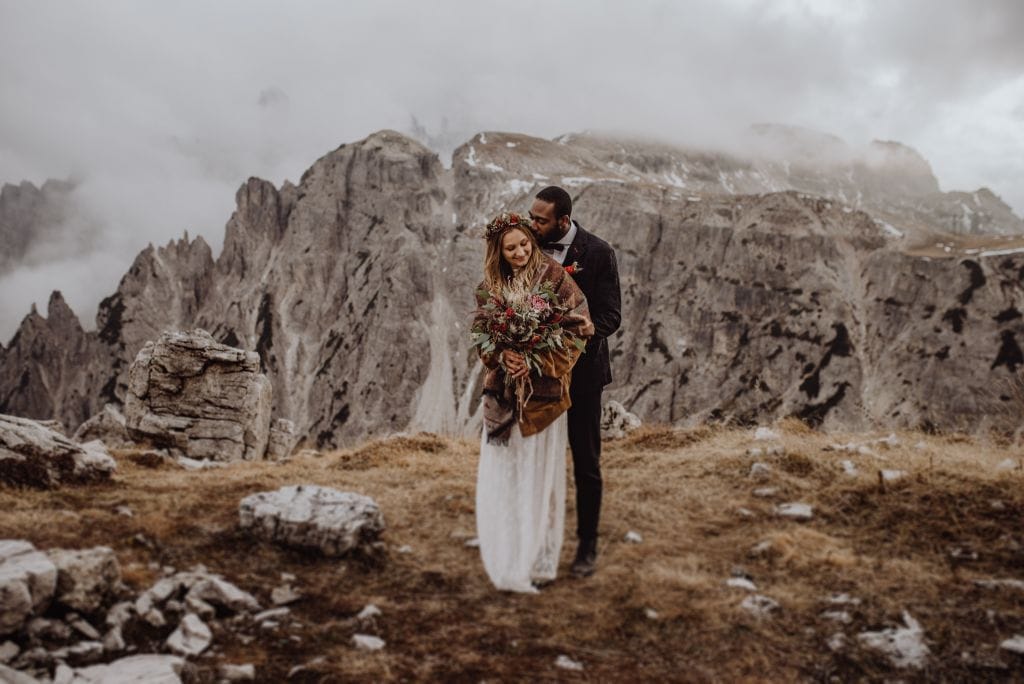 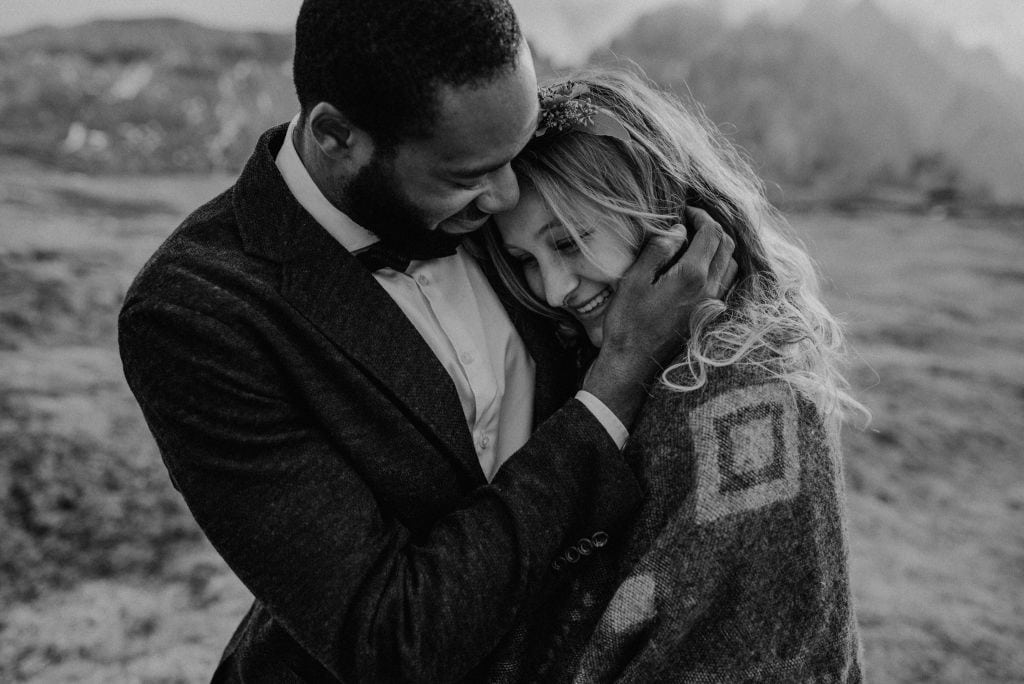 Thank you to Barbara Schmid for sharing this session!

Looking for the perfect vendors?